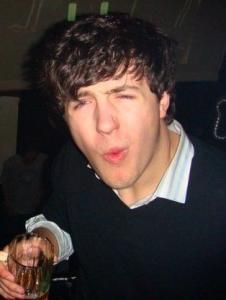 Is it hideous out, or is it just me? I know there’s this ongoing Saturn-Uranus garbage blowing around, but it feels like more. Tough to pin down… must be Neptune!

This last week we’ve had Mercury and Mars in Virgo trying to plan and get on with bidness but opposed by Neptune slipping a banana peel into the works. With Mercury newly in Libra on Monday morning, let’s hope the opposition of Mars to Neptune goes more smoothly. I was hoping for a bit of divine intervention, but I’m not sure “the divine” was the origin.

Perhaps with Mercury in Libra, Venus-ruled, we’ll get a kiss with that action. At least. I once paid one of my kids cash money to stop crying. And it WORKED.

Monday we’ve got the Moon in Gemini, sextile Chiron and trine Venus in Libra. Airy and fiery is a reasonable change from the last several days. I’ll take it. It favors good manners and trying hard to be genuine. Sure folks will be back on their bullshit, but we should be able to see right through it. Also it will likely be entertaining and engaging. It might even help us break through to making something out of that Mars-Neptune action.

Tuesday’s Gemini Moon squares Mars and Neptune. It’ll either drive you mad or assist in pushing on through to a satisfying fix. But don’t push too hard for too long; the mood is nimble and this influence favors trying more than one approach. The day finishes out with a Moon-Jupiter trine, so there’s always a chance to end things with a smile and a boost to the mood.

Wednesday the Moon hits Cancer, square to Mercury and sextile to the Sun. It’s not enough to be nice and polite. You’ve got to be kind and caring, and take advantage of the opportunity to serve others if you want to feel good on this day. Cancer is starting something, and it arrives on the heels of Mercury starting something in Libra. Plans may need to be adjusted to fit the bill.

Later Wednesday, the Moon squares Chiron and goes on to sextile Uranus overnight. Do your best to the extent that you KNOW you did your best. There’s always more to do, so it helps on days like this to give it your all and let that be enough.

Thursday, that Moon-Uranus sextile kicks off with early morning zip – vim and vigor. The Cancer Moon goes on to square Venus. When faced with a challenge that pits wants against needs, start with needs. It’s possible to find balance on the desire side later. The Moon goes on to trine Neptune and sextile Mars. Sometimes knots loosen with time, and you’re likely to find that the case today.

Then the Moon opposes Pluto and we’re likely to face feedback or intensity from others. Intensity can be gratifying, satisfying. When you stand in your own power, there’s no need to fear it. There’s also no need to fight authority. Emotional control is at issue, so remember where your own control lies. Compulsion is one possibility with this aspect, but awareness (which you now have) can thwart that! Let Pluto think it’s getting its way. Why not. You go your way with a smile, then circle around. There’s some mommy/daddy control energy here, and some people like role play.

On Friday, the Moon finishes up in Cancer then heads into Leo. Once in Leo, it moves into sextile with Mercury and the mood lights up the senses. Drama in the collective brings a likelihood of gossip, but it’s the kind that helps move the plot in the right direction. Nighttime brings the Moon into opposition with Saturn, fire and air. Knowing your limits and metering emotion keeps a warm fire burning in the night. Too much volatility can lead to rebukes.

All week long, Mars opposes Neptune (exact Thursday) and trines Pluto. Actions are still echoing into the ether, but they DO have concrete power. So act intelligently and with care. Venus heads into square with Pluto and trine to Jupiter. Our desires are intense and possibly naughty. We may find ourselves interested in something tasty from the past, or something that just plain wasn’t good for us, or isn’t. Desire on blast from Jupiter can increase these cravings, but it also adds a bit of protection and charm.

With Mars opposing Neptune, we may not see the consequences for actions immediately, so take that into account. I’m not urging caution so much as reminding us all to remember our core values.

Or, as the kids say, you may test that assumption at your convenience.