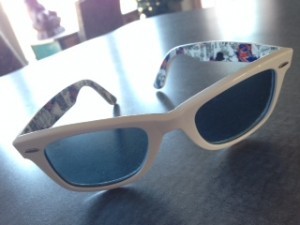 Monday we go forward past the full moon in Aquarius, into sextile with Mars in Aries and semi-sextile to Neptune in Pisces. Both Mars and Neptune are at home in their own sign.

This puts Neptune between the Moon and Mars. The urge to action has the glimmer of divine inspiration. Also Monday, Cancer Mercury exactly opposes Saturn in Capricorn. Important communications take place, external and internal. Pay attention to your senses and monitor your mind. Emotions and thoughts interact to create an amalgamated third process (rumination). Create some boundaries to protect your inner sanctum.

Mars moves to square Jupiter in Capricorn, exact on Tuesday. Targeted action is not easy, but it’s powerful and dynamic. Venus at the end of Gemini picks up a trine from the Aquarius Moon just as Venus perfects its quincunx to Saturn. That’s an investment that requires either time or effort (or both) to pay off. The Moon’s impact juices up the profit margin, literal or metaphorical.

Later Tuesday, Mercury moves to Leo to join the Sun. The Leo Sun moves steadily forward into trine with Mars, fire to fire. Mercury (mind, senses, and communications) adds intention to that flame. Whatever actions you plan, make sure they’re safe and productive. Leo mind is exceptionally creative, so perhaps we can move quickly on backlogged issues.

Wednesday, the Moon in Pisces sextiles Uranus in Taurus. This mood favors the connection of your inner and outer worlds. It’s a snap out of it moment for those who have been painfully pining. It’s also a glimpse at something new to pursue if you follow the signs with an open heart.

Thursday, the Pisces Moon picks up a sextile to Jupiter, then Pluto and Saturn. Get in tune with the outer world vibe and find your ideal groove. That sounds flaky, but it’s the opposite. If you don’t want to feel adrift, catch the collective energy. Pisces Moon loneliness is all in your head.

Overnight, Thursday into Friday, the Moon squares Venus as both hit the end of their current sign. Expect interesting dreams. The square holds as the Moon moves to Aries and Venus moves to Cancer on Friday. If you’re not getting what you want, are you getting what you need? Vice-verse? If not, Friday brings an urge to do something about it. It doesn’t imply success, but success is the later flavor of the day.

In Aries, the Moon trines shiny Leo Mercury and some dramatic action, or at least some exciting plans. It really does sound like a lot of fun once the morning funk burns off. It’s a simple but bright and friendly influence. Playtime brings warmth and the healthy glow of an actively generous heart.

How was your full moon morning?