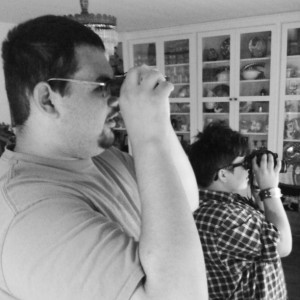 Monday the Scorpio Moon leverages a watery grand trine into a full kite as the Moon trines Venus and Neptune, and Venus moves to oppose Jupiter. Jupiter tends to increase whatever it touches, but in Capricorn it also acts like an anchor.

The mood is deep and delicious and flows well with ideal desire. Jupiter may be the anchor it spins around like a maypole. We want more, we desire more. Perhaps someone makes a bid for attention or offers something delightful. Whether or not it’s permanent or temporary could be obscured. The Moon goes on to sextile Pluto and Saturn as well, so get a feel for effects beyond the moment.

Mars in Aries perfects its square to Capricorn Saturn in the afternoon. If you’ve found action to be slow going or a lot of work for little play, Getting past this point may bring some relief. It may take some time to unwind and cast off from whatever restrictions have accumulated though. Rough work is invigorating sometimes.

Tuesday morning, the Moon finishes up in Scorpio and Virgo Mercury trines Uranus exactly. A bit of drift to the mood allows for some inspired insights. The Moon moves to Sagittarius, into square with the Virgo Sun and trine to Aries Chiron. The mood is restless, but it also bodes well for finding a healthy groove.

By afternoon, the Venus-Jupiter opposition perfects. The Sadge Moon is ruled by Jupiter, so expect a jump in desire that sparks a flame in the collective or in a partner. It makes for a good story and delightful chase.

Overnight into Wednesday, the Sadge Moon moves into square with Mercury then Neptune. Mercury spends the rest of the week heading into opposition with Neptune. We need the truth whether or not it feels good to hear. But that doesn’t mean what we’re hearing is the truth.

Venus heads from its opposition to Jupiter into opposition with Pluto. Venus also perfects its trine to Neptune on Thursday. Desire, love, money, and values are in moral flux, obscured by the depth of the wanting and possibly some subterfuge. Pluto is retrograde, heading back over territory it’s already traveled. Exes emerge. Power struggles pop back up. Snidely Whiplash comes to collect the rent from tearful Nell.

Don’t listen to the convincing pleas of someone you KNOW did you wrong. Not unless you’re ready for another go-round.

If we told ourselves pretty tales to keep something alive, those narratives come back into view. Mercury opposite Neptune and Venus opposite Pluto overlap in a good way. It’s possible to see the truth of the matter as Mercury heads into trine with Jupiter. Whether that feels good or not, it’s definitely for the best, long term. It’s also possible to be deluded, by oneself or another.

Thursday morning, the Sagittarius Moon trines Mars, making it easier to launch out of bed and into action. It feels good to GO, or to avoid responsibility. When the Moon moves on to Capricorn, you can consciously keep that momentum going with a Moon trine to the Virgo Sun.

Friday, the Capricorn Moon finishes its trine to the Sun and includes Uranus in a grand trine in earth. The underlying atmosphere is charged but stable as the Moon then works its way through aspects to Mercury, Venus, Jupiter, and Neptune – lighting up their loose “mystic rectangle”.

What does that mean? Functionally it means the mood sets the stage to navigate a conversation on relationships. “Relationships” can mean anything… interpersonal of all types to relationships between ideas and ideals. The collective mood tends to set up situations where meaning matters and information is shared.

I said the truth matters, but perspective spins truth. Perspective depends on where you stand in all this. And what your values are. And what you hope to get out of something. The Capricorn end of things… mood, needs, philosophy, and by extension Pluto and power… will come down on the side of those who systemically do the right thing. So bear that in mind.

Venus in Cancer cares about others here. Mercury in Virgo is service oriented and will nitpick for the benefit of all. Neptune in Pisces is connected closely to the divine. Pluto and Jupiter in Capricorn bring the might and reach of the collective, government, and those in authority. Reputation!

You throw those together with oppositions, sextiles, trines, and conjunctions and you’ve got a good party but with lots of debate and discourse. Something good is coming out of it, if things don’t get out of hand. Do the right thing.