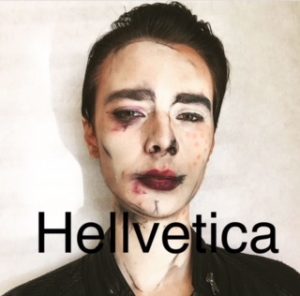 Monday morning, Mercury in Leo hits peak square with Uranus in Taurus. It’s sensual and mental shenanigans, but they definitely have the makings of some sort of creative returns. The news may be weird or jarring, but weird or jarring sometimes does the trick to spark a flame for future gains.

Monday the Taurus Moon brings emotion and feeling to the situation with a conjunction to Uranus and a square to Mercury. Whatever goes down, it draws us in. The Taurus mood is pleasure seeking and that Moon has reciprocity with Venus in Cancer. That’s a major motivator to smooth the waters. Hold out for something that satisfies.

Tuesday the Taurus Moon squares the Capricorn stellium and squares the Leo Sun. Midway between the past full moon and approaching new moon, slow down to make peace with the broader strokes in the collective. It’s a foot on the ground against the whir of the world. That’s not to say we forget, though the mood encounters a sextile to Neptune, but we do have a chance to get in tune with the possibilities for a higher level experience of our mundane realities.

Wednesday, the Moon finishes up in Taurus with its trine to Saturn. Slow down and make your protective boundaries a touchstone. When the Moon moves to Mercury-ruled Gemini, the mood lightens and quickens. A sextile to Chiron enables us to connect our newfound strengths to healing and authentic service to others.

All week long, Mars in Aries moves closer into square with Pluto in Capricorn. On Thursday it’s exact. Mars in Aries is tangible, simple, physical action. It’s martial and effective. In challenging aspect to Pluto, it deals in death and power. It also touches on transformation and rebirth. There are many positive aspects to Pluto’s influence; it is the Phoenix as well as destruction.

This energy is present all week. It is the energy of quick change, systemic power challenged by a talented protagonist, volcanic shifts from the larger world affecting us on a personal level.

This goes down as Mercury in Leo forms the point of a yod with the past-exact Jupiter-Neptune sextile. There are creative solutions on tap; believe and have faith. But also use your noggin. Speak your truth – it’s inspired.

Thursday’s Gemini Moon braces the yod through a sextile to Mercury and square to Neptune. If you linger on a subject, your feelings might lie to you. Go with your first answer.

Friday, the Gem Moon sextiles the Sun then Mars with the Sun moving closer into trine with Mars. The general tenor of the day supports the emerging plan – as well as the beginnings of the implementation of the plan. It’s one of those rare times when diversions add to productivity rather than hinder. Going off on a tangent fuels our inevitable return to the task – with vigor and an enlivening sense of play and fun. We’re not just here to DO; we’re here to be part of the experience of it all. Don’t forget to live your life as you go. It’s not supposed to be a life in the margins. It’s your everything.

Mars in Aries is around for the long haul, already in its retrograde shadow. Wherever Mars transits your natal chart is an area of increased importance for the next few months. Where does transiting Mars hit your chart?