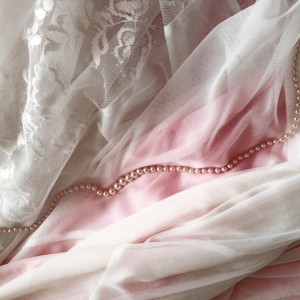 Monday morning, Juno in Gemini closes its exact opposition to Jupiter in Sagittarius. Whatever committed, interpersonal drama you have that needs still needs balancing pops to the forefront. It’s likely that most have already seen this issue crest. In that case, it’s possible to fold them into a new philosophy going forward.

The Aries Sun spends the week moving into trine with Jupiter. Encoding new action on a freshly minted path is supported. The Sun also squares Saturn and Pluto, so expect to continue the work of clearing that path of detritus.

Venus in Pisces conjoins Neptune early Wednesday, going on to close a sextile with Saturn by week’s end. You never know which of your desires is close to the surface and ready to emerge, so continue to do the right thing and invest in your dream-wishes. In this way, we create the best possible atmosphere to succeed long term and short term. What you want is possible, and that belief is part of what makes it so. Persevere in your belief, in the core of the desire.

On Wednesday, Jupiter stations retrograde, and direct Pisces Mercury sextiles Pluto. Late Thursday, Mercury makes a square to Jupiter. We may uncover powerful information. That news may carry some wild ramifications. Or it may be overblown into something it was never meant to be. Don’t gossip and add to the furor. Still, sometimes information spread in an obnoxious fashion can still have a positive effect in the long term. So keep on improving your philosophy.

Monday the Moon finishes up in Taurus and moves to Gemini, Mercury ruled. Mercury closes a sextile to Saturn. There’s news that materializes or a chance to make sense of something previously foggy. Either it’s a long time coming, or a long way off. It’s worth taking the time to think it out and communicate with good grace and honor. The Gemini Moon sextiles Chiron then goes on to conjoin Mars into Tuesday morning. Whatever has happened, the mood supports calling it good and moving ahead… with SPEED.

Tuesday the Moon continues along in Gemini, ending up in square to the Venus-Neptune conjunction – complete overnight. There are two moods: what is wanted and seemingly impossible, and what is not wanted that we fear is likely. It’s hard to tell yourself that anything is possible when the same sentiment is frightening in other circumstances. And when we have both those circumstances somewhere…

Life is a conundrum, it’s shenanigans. See if you can enjoy the sweet possibility of it all. We just may have something sweet, sometime! I’d bet on it.

Wednesday, the Gemini Moon lights up the past exact Jupiter-Juno opposition. It also squares Mercury and sextiles the Sun. If someone reaches out to jangle your chain, keep putting one foot in front of the other and stay on the path you know feels active and life affirming.

The Moon moves to Cancer, late Wednesday – early Thursday, its own rulership. It squares Chiron and sextiles Uranus. Change can feel uncomfortable, but there’s an opportunity to move past that jangle into an immersed attention to the future.

Early Friday, the Moon trines Neptune. Set an alarm if you need to get up early. The dreams may be sweet, but you don’t want to miss the Moon’s exceptional aspects to the exact sextile of Venus and Saturn. The three are exact within minutes, with the Moon opposing Saturn and trining Venus. Follow where the mood takes you. If you’re faced with obstacles, look for the silver lining. Even if you don’t see it, know it’s there. Believe.

The Moon rolls over the north node and goes on to oppose Pluto then square the Sun. Stay with your heart’s guidance. Problems on the path don’t mean it’s the wrong path. That’s life. That’s how you gain mastery. The Moon trines Mercury. If you’re afraid, talk it out, sing it, whistle, ask for help. Then sing for the joy it brings.