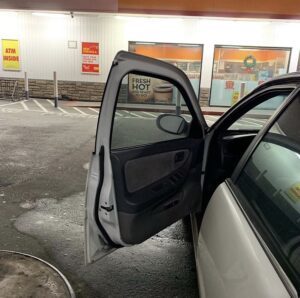 We are now heading into eclipse season. What? Yes! We have a new moon eclipse in Taurus on Saturday, with a Scorpio full moon to follow two weeks later. Monday through Friday, the Moon moves from the beginning of Pisces, through Aries, and into the start of Taurus.

Monday, Tuesday, and early Wednesday, the Pisces Moon conjoins the stellium in Pisces and sextiles the bodies in Taurus and Capricorn. Mars in Pisces moves along in sextile to the Taurus Sun all week, and Venus in Pisces conjoins Neptune and Jupiter. Venus, Neptune, and Jupiter head into sextile with Pluto while Mercury in Taurus sextiles Jupiter (Tuesday night) and perfects a trine to Pluto early Friday: deeply affecting news that has been a long time coming.

In addition, Venus makes an exact conjunction to Neptune on Wednesday. I single that one out because it’s at once subtle but all encompassing. There’s a longing that peaks midweek. If you’re pining for something or someone, or have a craving you just can’t escape… know that the impulse will pass.

If it’s a good impulse, lean into it while it lasts, otherwise – look for a way to satisfy that pining another way. There’s always another way.

As we head into the first eclipse, Venus is important as the ruler of the north node and the full stellium in Taurus. What we wish to attain has power in all corners of this lunation. Our desires and the desires of the collective impact our little wave and the ocean it is a part of.

For most of the week, Mercury in Taurus (Venus-ruled) collects fortune, love, money, and power as ideas – as sensations – as trickle-down attitude and nerve rattling insight. In a good way. The ramifications are tangible.

And Venus shows there’s nothing wrong with what we want, but we can perfect the form we seek. As far as the seeking, wu wei or the art of inaction as action is how that can be ascertained AND accomplished. At least in the run up, but probably a bit longer.

Let things unfold without pushing them. It’s like pushing a noodle anyhow. Or pushing yourself out of one ditch into another. Take it EASY. Look for an opening, an opportunity, a sign or magic moment to take advantage and jump right in. If it doesn’t come, it’s just not time yet.

Grinding your gears and pushing when there’s no opening is not the thing. It’s a waste of life force. If you must DO something, be kind. Be actively kind and look for a chance to listen and help.

Let the story unfold and your shot or window or door will appear, announced with trumpets and fanfare.

All week, Pluto slows to a stop. Friday midday, Friday afternoon, Pluto stations retrograde, momentous but tough to parse personally… still, great things. In its wake, Mercury finishes up in Taurus and moves to one of the two signs it rules: Gemini. Mercury is on stage and goes both left and right, immediately. Communications rip, and we’re seeing (hearing, sensing, tasting) something NEW.

Change is in the air.

The toughest aspect the Moon makes all week is a brief square to Pluto on Friday afternoon. We feel that shift in the collective from an Aries Moon mood. We want to go, but there’s no GO physically in the moment. Hang on, float. The mind picks up and the challenge passes.

And the week looks GOOD. Take advantage of all it has to offer by not wasting energy on making things happen. Look for the openings – of which there are many. THEN act.