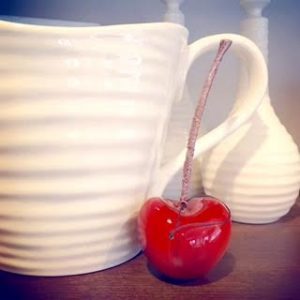 On Monday, the end-of-Aries Sun perfects a square to Pluto in Capricorn. Power struggles peak and release… slowly, over time. But we move on regardless of the outcome. Quickly.

So much has been charged and icky. I expect some relief feels a great deal better than none. By that I mean it probably feels like more than it is yet. Better somehow.

Mercury heads into square with Saturn, softened by the remaining connection of a past exact Mercury-Venus sextile. Still, there are more wrinkles to iron. We’re getting there!

Venus in Pisces rides in the wake of that Mercury sextile, sweetening all the deals. It’s possible to stumble in your planning and get back up to find that it worked out for the best anyway.

Monday’s Scorpio Moon is Pluto-ruled as the Sun-Pluto square finalizes. The Moon then conjoins the south node and squares Saturn, going on to trine Neptune and Jupiter and sextile Pluto. The collective mood makes for a phoenix-like transition once the smoke clears.

By nighttime, the Moon bounds into Sagittarius and a Mars square overnight: a screeching halt to a powerful mood leap.

By nighttime, the Sun heads into Venus-ruled Taurus and we get a great big relax. The mood is not necessarily ready for a relax, but it’s still a moment for pleasure and optimism. We can make that fit.

Wednesday, we wake up to a Sadge Moon sextile to Saturn, give and go! Remember all the short stops and change of direction in basketball drills (I do)? The mood doesn’t get up to cruising speed, but this fluid/jerky, jumpy thrust is just what we need to CLIMB.

Wednesday night, the Moon moves to Capricorn, sharing the earth element with the Taurus Sun. The Moon trines the Sun overnight. Restful and pleasant, take your time and spread out in luxury. You earned it. It’s okay to feel you deserve it too, just for existing.

On Thursday, the Cap Moon sextiles Mars as the Sun starts reaching into sextile with Mars as well. Mars in Pisces here brings a bit of divine movement and intent in this position. Look for an opening to grab onto, a river fork to take.

The Capricorn Moon goes on to square Chiron, trine Uranus, and sextile Venus overnight. Now that we’ve worked on what we have, it’s cool to acquire those shiny accents that pull it all together.

Friday morning, the Moon-Venus sextile is exact and the Cap Moon goes on to trine Mercury. Perhaps sweet promises? Promises that solidify and stick? It’s certainly a mood to figure out what works and turn it into an attitude and a plan.

The Moon goes on to sextile Neptune then Jupiter, then conjoin Pluto at night’s end. We’re close up in the tangible effects of the larger world on our emotions and our core; but that’s exactly when we’re most able to find a way to connect to our own divinity and expand in our personal power. The world inside us is at least as big as the world outside. Inhabit your palace.