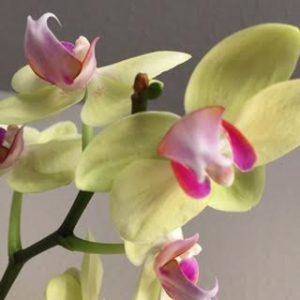 The full moon in Libra doesn’t take place till Saturday, but we feel it coming in all week. The Moon itself will be ruled by Venus while the Sun is ruled by Mars. That Aries-Libra polarity is self-other, male-female, action-desire, and all around one-on-one relationship oriented.

All full moons are endings. This particular full moon is square Pluto so it doubles down on the death metaphor. We need to clear away the dead weight in relationship so that they can either be born again anew or we can move on.

In the lead up, the Sun sextiles Saturn and Jupiter makes its exact conjunction to Neptune on Tuesday. We see a concrete path emerge as our connection to the divine expands for a perfect moment in time.

By Thursday, Mars joins Venus, Jupiter, and Neptune in Pisces, and actions (and hence all the bodies in Aries – Chiron, Sun, and Pallas Athene) have a line in to the soft flow of Pisces.

In the latter half of the week, Mercury in Venus-ruled Taurus picks up a sextile to Venus. Mercury closes in on a conjunction to Uranus as Venus begins a sextile to Uranus as well, beginning just before the full moon… with Chiron on their midpoint.

So many opportunities and such a blast of insight. Be real about who you are and what you’re about. You can’t attract the right energy from the correct partner if you’re hiding who you are in some way. Even if you think it’s for a good reason, I assure you that it’s not in your best interest. Be seen so you can be matched.

All week the Aries Sun marches into square with Pluto, and the earth trembles. The earth within us trembles too. Take care. Don’t throw away parts of yourself that matter, and just be careful in general. Reckless behavior is a way of shooting yourself in the foot… like self harm… tho it’s often subconscious. Be aware that you may act unaware.

Monday the Moon in Leo trines Pallas Athena and the Sun. It also opposes Saturn. A fiery mood to advance is dramatic to the extreme but also smart and pattern picking. While there are obstacles, they aid in setting a realistic pace.

Tuesday the Moon finishes in Leo and moves to Virgo. It trines Virgo ruler Mercury and opposes Venus. Monday we saw patterns and obstacles; Tuesday the mood leads us to make something of that knowledge and discover the whys and wherefores of what we’re after.

Thursday, the Virgo Moon opposes Neptune and Jupiter across the midpoint of the exact Saturn-Pallas sextile, a yod. Wednesday’s mood pays off in Thursday’s stroke of genius mixed with divinity. SOLID.

Friday’s Libra Moon forms a yod with quicunxes to Mercury and Venus, as the Moon goes on to oppose Chiron. Again, be for real. Ask for what you want. What if being forthcoming is the key to getting it? What if YOU hold someone else’s key and they hold yours? It could all be very, very simple if we can cooperate and participate in the TRUTH. With a little divine help.

The full moon will take place at 26 Libra on Saturday. Where does this hit your chart?