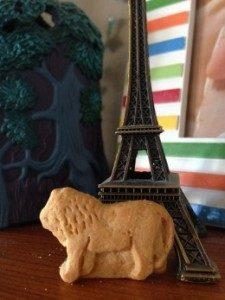 Friday night, Mercury at the end of Virgo sextiles Venus at the end of Cancer, both in signs they rule. Ah love, she is sweet… and smart, vulnerable and versatile, caring for self and others. Maybe a little cranky and nit-picky, but oh so sweet and smart.

Friday night’s Aries Moon gets in on the act, setting a mood for action. The Moon quincunxes the Sun and squares Jupiter: highjinks ensue! If you’re feeling rushed, remember to think before you act.

Venus participates in a fairly tight and stressful cardinal grand cross, but one that has already been sprung, for the most part. Venus, Mars, Juno, and Saturn hold four corners at 25+ degrees of cardinal signs. Do the right thing in your relationships folks! Even if doing so is hard or sets you back.

It’s a situation that creates some jangle and restriction in doing what you’d like or getting what you want. It may even call the structure or stability of your relationships into question. However, this may be exactly what they need. If something can’t grow, let it expire and move on. What’s most likely here is that we feel the aftershocks in this area, reflections of actions already taken.

Saturday morning, Mercury’s sextile to Venus is exact, but they stick together in orb of the transit all weekend long, even as Mercury moves to cardinal Libra. This goes a long way to enrich conversations and sweeten the senses. If conditions are rough, they’re often mitigated by having the right words at the perfect moment.

Mercury in Libra is the diplomat’s signature.

Saturday night, the Aries Moon conjoins Black Moon Lilith and goes on to conjoin Mars. It hots up that cardinal square with an opposition to Juno and squares to Saturn and Venus. It’s a justice/fairness mood and possibly contains issues with possessiveness and pushing back against that which is deemed unfair. It’s also sports a sexual flavor. The best way to work with this energy is to find a healthy, active, physical avenue to express it. Spicy dancing is always a great way to channel Juno-Lilith-Mars energy. Just keep it legal for Saturn. And personal, targeted, for Venus in Cancer.

Sunday morning, Venus moves to Leo and a fiery desire makes itself known. My values ARE me! Aren’t I beeeeuuuutiful. And truly, you are.

The Moon moves to Taurus overnight, into square with Venus and quincunx to Mercury. The mood is more concerned with pleasure than fire, drama, or diplomacy. Taurus wants what it wants and nothing else will do. However, it does move into conjunction with Uranus, so a different expression is justified.

The Taurus Moon also highlights an emerging trine with the Sun and Jupiter, as well as the Sun’s eventual opposition to Neptune. A Venus-ruled mood is ideal for looking ahead at longer termed planning, even if it’s just a pipe-dream now. With Venus and Mercury in Libra and Leo, fun in love should be part of that wishful thinking.