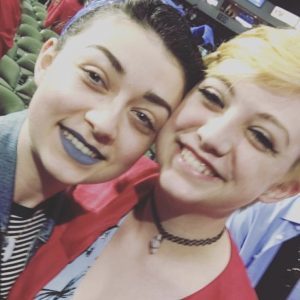 Friday night’s dreamy but uneventful Pisces Moon cruises out of a sextile to Uranus. The juiced up portion of the mood dissipates into appreciative interest as retrograde Mercury and direct Venus make their way into a late-night conjunction/kiss.

Venus and Mercury move through Aquarius, airy and friendship oriented. Aquarius ruler Uranus transits Taurus, ruled by Venus and known for sensual delight. The Moon’s stage-setting sextile to Uranus flavors the aesthetic as well as the mood with soft and sensual but unusual undertones.

Venus meeting Mercury, Mercury meeting Venus… the senses bring a gift, communications feel good, something delicious comes from a rethink/re-examination/re-anything. It can be tangible or not; there are markers for either or both. There’s pop and zip and an indelible effect. While it feels ephemeral, this treat lives on beyond the moment.

Mars in Taurus sextiles Neptune all weekend, exact Saturday night. Giving in to fantasy is in order, particularly if that means taking concrete actions on your ideal desires. Dreams come true when you actually open the door and step through/let them in.

Saturday afternoon, the Moon sextiles Mars and conjoins Neptune; the mood is magic and highlights where to act for best effect.

Next, Mars sextiles Neptune then the Moon goes on to sextile Pluto. The Moon links to Mars, links to Neptune, links to Pluto… and Mars heads closer into trine with Pluto. Are you working on fleshing out a realistic and tangible manifestation of your dreams? Even if that means something seemingly minor like writing out a list or making a drawing, this weekend after the new moon is the ramping up of a divine PUSH. Go all in; make use of this assist.

Taurus Mars moving in trine to Pluto in Capricorn picks up on last week’s Venus-Saturn conjunction. Venus now heads into conjunction with Jupiter. We want something real, something fortunate and bigger than life. Mars-Pluto originates and sustains the power moves to reel it in. Its greater dynamic in the collective means greater returns for the individual when that effort is expended personally.

Mercury-Jupiter is exact midday Sunday, Valentine’s Day. With Mercury-Jupiter conjunct Venus it’s a BIG LOVE, big hopes and expectations kind of day. Send valentines! It’s also a day for friendships with Mercury, Venus, and Jupiter in humanitarian and out of the ordinary Aquarius. It’s time to appreciate something differently or appreciate something unique. Platonic love has its power too.

There’s no FRIEND ZONE as a bad thing. The friend zone is an AWESOME place. In fact, it’s a good reminder that all kinds of love add to a complete picture, a real story of a life well lived. You can’t have it all if you don’t put effort into all parts of your love life… and that includes friendship. People who talk about friendship as a waiting room for sex have bad boundaries and a misunderstand of love and friendship. Remember, you don’t owe anyone anything.

Friendship is also a component of lasting romantic love. Get it all!

Sunday morning, the Moon finishes up in Pisces, a great time for a sweet breakfast in bed as the Moon conjoins nurturing Ceres. Later the Moon hits Aries, Mars ruled, conjoins Chiron, and sextiles Saturn. All the rest of the romance markers endure as the mood turns spicy with a side of endurance. Now we’re getting somewhere! There’s a tremendous urge to act, to spark up a lasting connection through pleasure.

Happy Valentine’s/Galentine’s (all genders, not just gals) Day! What are your weekend plans? You know, you can access an unusual Aquarian/Uranian romance ideal in doing for YOURSELF. You deserve you own very best efforts.