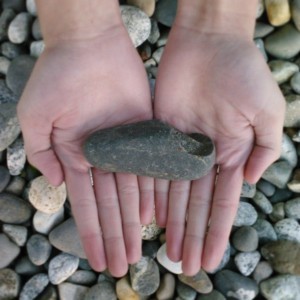 Friday night, the Saturn-ruled Capricorn Moon sextiles the Pisces Sun. All weekend, Mercury in Aquarius inches closer to conjunction with Saturn. If you theoretically step back and open up your mind, what does the voice that speaks there tell you?

The voice that speaks, as opposed to the voice within you that listens – that it speaks to, is not the divine within you. To improve function, we can begin to silence the loud and listen to the silent.

Practically, on Friday night, what quiet need comes up to be recognized? It has always been there, but now we hear it (with our inner ears). It brings an opportunity to fold in the ability to get that need met, carve in that neural path.

Saturday night, the Pisces Sun glides into orb of waxing sextile to Uranus, which it holds for three days. Venus and Mars travel together in Capricorn with Vesta between them. What’s most important? What are our emerging, venerated goals? They’re likely new, or have a new angle on the old. What fires you up? What emerging spark do you move to protect?

As Venus and Mars march toward conjunction with Pluto at the new moon (Wednesday), our old desires and ways die to be reborn… but they’re with us now. These next days help us to identify what’s real, what’s wanted, and what we’re going to do about it.

Saturday night’s Capricorn Moon sextiles Neptune and heads into conjunction with Venus-Vesta-Mars overnight. Listen to the still, small voice; it satisfies – that’s how you know it. It may be uncomfortable, but it has the ring of truth. Truth satisfies.

Sunday morning, the Cap Moon conjoins Pluto. Don’t forget to pay attention to the Mercury-Saturn musings. Identify what is the grandiose voice and what is the wisdom silenced. You feel it in your belly.

Later on, the Moon moves to Aquarius and heads toward square with Aquarius ruler Uranus as well as a sextile to Chiron in Aries. Sometimes that dominant voice FEELS like us… like who we are… like it’s our voice. It’s the introject, the amalgam of those who wish to bend us to their will. We’ve been colonized by outside voices. Quiet those voice and feel your way to finding the one that truly matches your basic core.

No I didn’t not just call you basic; that’s your introject, the poisonous pedagogue. Poisonous Pedagogue is terminology from M. Scott Peck, from the eighties. It’s poisonous because it poisons your mind. That does not mean the words aren’t sweet, but the words are lies. Don’t fall for the fact that they sound like something you want to believe, something that makes sense (according to who?). You’ve been groomed to believe them, but that doesn’t make them true. Sometimes the truth (which is in your best interest) is less dramatic.

What if you don’t need to improve? What if you just need to burn off the shit that someone else covered you in?

Look for what sparks your passion. What do you really, truly want? I’ll tell you what I want, what I really, really want… Now get up and dance. Rebel. Take back YOU. (Sun sextile Uranus)