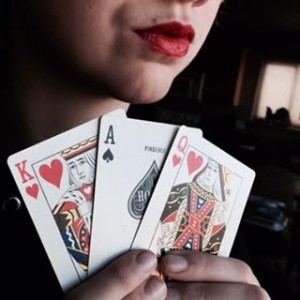 Friday night, the Virgo Moon powers up on an early trine to Pluto in Capricorn. Dark and juicy, the earthy collective mood offers plenty of impetus to scratch that itch… and it feels good. Satisfying.

The mood cruises on with plenty of oomph, even as it heads into Libra by night’s end. Momentum carries through in pleasure seeking.

With the Sun now in Pisces, the overall tenor of the moment brings us into “if it feels good, keep going” territory. Find the flow.

Saturday afternoon, the Libra Moon opposes Chiron in Aries and forms the point of a yod involving the past exact but still potent sextile of Jupiter to Uranus. It also trines Saturn in Aquarius, exact overnight. The same old issues we’ve tussled with over the last few months have had a chance to coalesce and reach a gelling point. What did you learn? Tell the truth.

It’s a moment of heart-truth. As opposed to hard truth. Are you really ready to change? If you’re not, be real about it. Maybe you need to finish something up first before you commit. But there is pressure. If you’re on the other end, give it some time… but not too much time. This also has the energy of holding someone’s feet to the fire, eventually.

There’s one caveat: If you’ve been waiting for someone to follow through and they’ve already promised, now dragging their feet – this may be the moment where you cut them off.

Sunday morning, the Libra Moon finishes up that trine to Saturn then goes on to square Venus, Mars, and eventually Pluto. If your need to fulfill your desires isn’t squared up with (fair and square) what your higher self wants for you, expect to be redirected quite firmly. It’s a mood thing more than a consequences thing. It’s a CONSCIENCE thing.

This weekend, both Venus and Mars travel in orb of sextile to Neptune in Pisces as the Sun tours the early degrees of Pisces. For months we’ve been dealing with vertical authority. Now we find ourselves heading into a shot at aligning our drives with ourself and our divine purpose (as we have set for ourselves).

If on track, we’re likely to encounter the offering of chances for genuine fulfillment. If not, we’re offered a track to get to the track.

The opportunities are divine, but the advantage requires choice and effort. I wouldn’t rule out fairy tests either (some disguise or story). If you remember to do the right thing, not just what’s right for you, perhaps you win love AND wake the entire kingdom from its charmed sleep.

When we embrace our own part in the story, the story can progress. That’s our story AND the story of the world – the one we’re all part of.

The chance, the opportunity, the path may not be obvious or clear. You can change the path of your fate, but you have to walk through that unknown door (or forest, or?) first. Not all fairy tales have happy endings, but the odds are better at the moment.

Keep going, have faith and believe, and do no harm.

How was your full moon? Do you have any weekend plans?