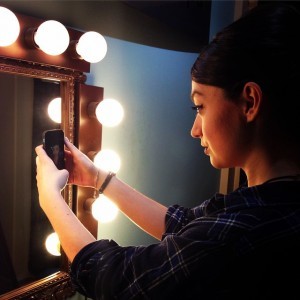 The weekend is a turning point, and we accelerate through the turn! Friday and Saturday night, the Venus-Mars conjunction is applying at 29 degrees Capricorn with the Moon in Mars-ruled Aries. The mood is pouring on the gas!

Friday night, the Aries Moon sextiles Juno then sextiles Saturn overnight. That urge for commitment has electric passion in play.

Early Saturday, the Moon perfects its sextile to Saturn as the Pisces Sun conjoins Jupiter: a blast of ego diffusion and the angels sing. Our story hits the chapter where all those building plot lines converge and spill their secrets, though we may not yet be clear on what they symbolize. The mood is braced for whatever surprises emerge. We can make something of this.

Saturday night, the Aries Moon charges into square with Pluto and the Venus-Mars conjunction, a cardinal clash that stimulates with a heavy hand. Some people like that. Many people, in fact.

Late in the night, Venus chases Mars over the line from Capricorn to Aquarius, Mars ruled to Uranus ruled. Uranus is in Venus-ruled Taurus. Spicy. Air-cooled. The mood downshifts into earth as the Moon hits Taurus and squares the two exactly at zero degrees, fixed. Breathless, stressed… satisfied? Pleasure is the goal.

By midday, the Venus-Mars conjunction is exact, but the conjunction continues to remain tight. The earthy Moon heads into conjunction with Uranus, the tingle of afterglow – exact in the night.