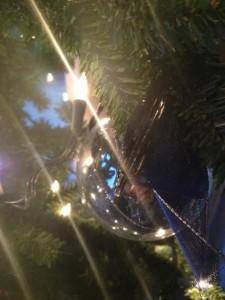 Friday night, the Venus-ruled Libra Moon squares Saturn then Pluto and moves into orb of sextile to the 29 degree, end of Sadge Sun. Libra Moon ruler Venus sextiles Chiron. SO, the mood is full of sturm and drang, but it’s ultimately good for you. When you start to slide and tense up, think: This is going to work itself out as it should. Then maximize your actions to capitalize on your own best interests.

Aquarius Venus sextile Aries Chiron is exact early Saturday just before the Libra Moon sextiles the Sun. The likely effect is most strongly felt in the hours leading up to perfection of the aspect. There’s opportunity for healing and revelation in relationships (of all kinds) and it’s supported by the right mood to get there. So you’d wonder what Mercury’s doing, right?

In Sagittarius conjunct Pallas Athene, Mercury is blurting, blathering, prognosticating, broadcasting… but intelligently so, in a way that brings it all together – past/present/future. So say the thing. You know what I’m talking about. If you don’t, don’t worry: you will. Mercury continues on through Sadge, so that influence holds.

After all that, the Moon heads into Scorpio and a square to Venus. Don’t expect it all to feel blissful in the short term. Something internal must be satisfied before people are ready to go all in with a larger audience. The Moon also sextiles Jupiter and the mood moves along quickly, with gusto.

As Venus heads closer into square with sign ruler Uranus (exact Sunday morning), life is full of surprises – and surprise benefits/gifts. Don’t bother trying to work them out; that’s wasted energy. Mars in Scorpio sextile Pluto perfects Sunday morning right after Venus and Uranus. Action brings traction, so look for the situations that offer a chance to work out those tough spots, those intractable knots. Let the goodies come in their own time and their own way.

Scorpio Mars trine Pluto is powerful and sexy. Whatever you’re doing, don’t be afraid to get physical when the urge strikes you. Trust your urges to act. Swing away. Your body knows what it’s doing. Venus-Uranus might result in trying fun things that don’t quite turn out – are awkward, uncomfortable, or embarrassing… but that sweet Mars situation and a Sadge Mercury puts it all right. Laugh off the mistakes. That’s not only helpful but totally called for. Make mistakes fun. Then you can get on to the really good stuff.

Saturday night, the Moon sextiles Jupiter for some delicious intensity. Later on, the Sun moves to Capricorn and winter begins with the Sun in trine to Uranus and applying conjunction to Jupiter. Exhilarating, in all the right ways. Purpose asserts itself. Goals and timelines are sought or they’re completely thrown out. Who knows till you get there!

Sunday morning, the Scorpio Moon trines Neptune. Venus squares Uranus and Mars sextiles Pluto. Pleasure is a shock or revelatory surprise, or possibly an unexpected mess – it happens. Even so, the body knows what it’s doing and does it with precision and power. The mood brings bliss regardless. Follow the emotion of the moment and let it guide your approach.

The Moon goes on to sextile Saturn and Pluto and conjoin Mars. It’s likely you already have a plan in motion, but now’s the time to fine tune the particulars as they happen. It feels right too. It’s a very sexual energy and sexual energy builds worlds.