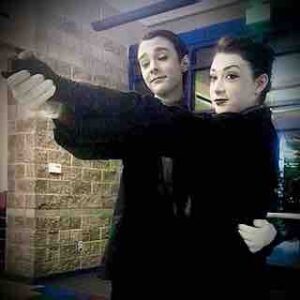 Friday night, the Moon hits Virgo and picks up a square to Mars in Gemini. Before it’s exact, Mars perfects its square to the Virgo Sun, and the Moon closes its own square before conjoining the Sun overnight: the new moon.

Fiery Leo Venus finishes its square to Uranus in Venus-ruled Taurus (dramatic change in desire) while Mercury in Venus-ruled Libra heads into trine with Mars (smooth talking, quick thinking, and dual action). This also occurs in the lead up to the new moon, though the Mercury-Mars trine persists through and past the weekend.

In addition, Venus opposes Saturn, exact on Sunday (the goodies in a standoff over time). Relationships are in play here, and “the talk” is likely, and dramatic.

So we’ve got some challenges in the dark of the Moon. Darkest before the dawn and all that. Of course it is. It’s also been pretty rough, and that certainly peaks as we head into the new moon.

Something you want has been a long time coming. Coming… it’s been a long time toiled over, and it hasn’t just come along quietly. Creativity pays off over time as we become what we strive to be – fake it till you make it style. It’s not coming in the exact shape you wished for in the first place, but it IS coming.

It’s not coming without a few final choppy pushes either. There are still a couple of edges to smooth out, some awkward baby gazelle stumbles before a sleek stride.

But it’s coming. It’s coming because of the ups and downs, not in spite of them. Finesse that last bit of wobble into an electric slide, funky. It’s a different animal than you thought, but oh my they’re strangely beautiful anyway.

Mars is moving into sextile with Jupiter, and Mercury heads into opposition with Jupiter. On Saturday, after our fresh start, we get a chance to accelerate into those curves, pour a bit of gas into that engine as the kinks are worked out. That engine is the mind, the senses, and it links into action. Sweet ride. We’re going to work out those kinks as we GO, and go FAST.

Saturday night, the Virgo Moon heads into trine with Uranus, exact Sunday morning. It’s sheer excitement, and it’s all new – a bit strange. What a RUSH, but still a measured rush that brings pleasure and satisfaction.

Sunday morning brings that trine to a finish, and the Virgo Moon goes on to oppose Neptune and trine Pluto. Don’t balk or nitpick something out of existence. Contemplating something unknown or amorphous can have an emotional backlash, imposter syndrome, fear, shame. Am I enough? You are. Feel the feelings, but don’t let them mislead you. It’s okay to think you’re a big deal. You’ve earned this.

The new moon in Virgo takes place at 4 degrees, early Saturday morning. Where is your new moon pledge hitting your chart? Do you have any weekend plans? Has your week been rough? 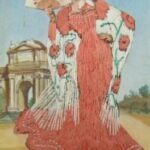