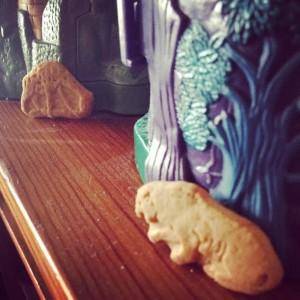 Friday night, the Moon moves through the end of Capricorn, conjoining Saturn then squaring Mars and Mercury. The Mercury-Mars-Saturn t-square is already sprung by that point as Mercury’s aspects are past exact, but retrograde Mars actively squares Saturn.

The mood highlights the week’s friction between communications and action and the state of things, structures, government, the status quo and reputation. It also allows for additional information to emerge. Mercury at the end of Libra begs decorum, but the mood is practical. The challenge is best overcome in sharing control or even sharing information. Retrograde Mars can be accessed in a “what’s done is done” way. While control of the information may be an issue, remember that (limbic reactions aside) you have control of how you spin it for yourself.

Now this isn’t to say there’s something horrible lurking. This is a broad influence, but it is full of tension. Mercury in Libra may bring news you want, news that pleases or involves love or money.

Venus rules Libra and the Sun is now in Libra. Venus in Leo works well with the Sun in Libra, each in the sign the other rules. Venus matters have a bit of oomph, and the day to day workings of the Libra Sun are that much sweeter for the link. It’s like having the perfect backdrop, the ideal stage of the moment.

Leo Venus quincunxes Pluto on Saturday and goes on to quincunx Saturn. Venus moves in trine with retrograde Mars, fire to fire. With the right conditions, Venus has its thumb on the scales to burn off a bit of bad luck. Power structures can be influenced by the drama created.

The Libra Sun is moving steadily closer to opposition with Chiron in Aries. It’s an incremental tackling of something sticky, something pierces our armor as we’re learning our way through to the other side. Life imposes conditions that rough up our sense of decorum. This learning curve is influenced by Mars square Saturn. Don’t turn away from the drive to be your authentic self and keep on doing the right thing. It’s one of those “the best way out is through” situations. Do a bit a day and you’ll end up done and trained up.

Saturday afternoon, the Aquarius Moon trines the Sun and sextiles Chiron. Lighten up and take things as they come. Experiment and head toward satisfaction. We can can balance our own way without worrying about how others are going to take it. If someone else goes their own way without us, there’s plenty left to be happy with, or we can entertain ourselves pitching a fun fit.

By Saturday night, the Moon squares Uranus – ruler of Aquarius. Surprises are likely, but they’re just as likely to be nice ones… though dramatic, I’m sure. Leo Venus is gorgeous and generous and moderates this influence.

Early Sunday morning, Mercury leaves Libra for Scorpio: Venus’ rule for Pluto’s rule. It also heads into conjunction with newly Scorpion Juno. Juno and Jupiter have a special connection as a committed pair – though not an easy one. There will likely be an inclination to dig for details and if possessiveness is an issue, be aware that this is activated as well.

Venus in aspect to Pluto and Saturn is clunky in a quincunx. The reward may seem imperiled. However, the Sun and Mars offer weight on the side of justice and valor. If you’re sleuthing, keep at it. The truth will out in deeply transformational ways.

Sunday, the Aquarius Moon moves into opposition with Venus and sextile to Mars as Venus grapples with Pluto and Saturn (grappling can also be nice, depending…). Don’t be too quick to relight a flame until you know that the conditions that extinguished it are materially changed. The mood can help or hurt. It can aid you in glossing over reality or make a tough action easier through anesthetics in the mood. There may be an opportunity to take a quick action that changes things substantially.