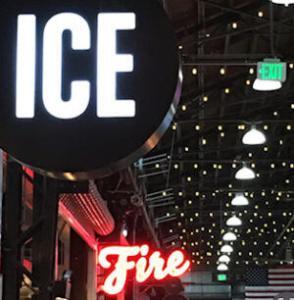 Friday night the jumped up, Jupiter-ruled Sagittarius Moon trines Chiron in Aries. Are you holding a grudge? Do you want to NOT be holding a grudge? I love a good grudge, but if you’re ready to let go – tonight’s the night, baby!

Both Chiron and Jupiter are retro, with retro Mercury in Virgo (its own sign) about to station direct on Sunday. Aries is straightforward, and Chiron in Aries has probably already gotten all the juice it can get out of anything that went wrong over a week ago. Aries is quick. Sadge Moon mood is already bouncing ahead regardless. Don’t fence me in!

No one should find your silver lining for you (that’s just a slap in the face), but you could easily find your own now if you wish to.

If you’re still churning over something and it hurts your tummy, feel free to leave it behind. You’re not accepting anything; you’re blowing past it. They can suck it. Let go of the brick you were going to hit them with and reach into the future… to build. The future’s not there yet, and it never will be. The reach is all you’ve got. Reach for something better, flip the attitude while you can. (Mercury opposing Neptune)

I don’t believe in forgiveness. I believe in leave them behind in the dustness. BOOM. Fire.

Don’t you want more? If you don’t want more, you may be stuck. Venus perfects an opposition to Jupiter midday Saturday. The ability to balance MORE while grasping the concept of simplicity is ::chef’s kiss::. Get unstuck. Why? Why not?

Saturday night, the Sadge Moon squares Neptune and retro Mercury with Mercury nearing its station. NNNnngg, do you feel that? That nnnnggg, ugh… right in the middle of your heart? What is that? I don’t know, but I do know fighting about it isn’t going to do anyone any good. If you don’t know what’s wrong and something feels wrong, just take in what you’re sensing and let it simmer in your heart. Or go to the ER.

Don’t accept blame, and don’t cast blame. If you’re meant to act on it, you’ll figure that out in due time. Don’t make decisions when you’re confused. It’s okay to not know now. If someone ghosts, it’s not personal. Sometimes we NEED to. Clarity is NOT always available. But it’s only a bummer if you want something to happen that can’t happen now! Otherwise, blow it off and have a wild time!

Sunday morning, we wake to a Saturn-ruled Capricorn Moon. It squares the past-exact Venus-Jupiter opposition and goes on to square the Sun and Chiron. Consequences! Or the feeling of consequences. Mercury has turned from an opposition to Neptune back into trine with Pluto. We’re going to deal with those cracks in the foundation, because we’ve gleaned an inkling about where they come from and what can be done.

It feels like chickens coming home to roost, but that’s what we’ve got. It may feel that way, but we’ve got a good idea of where to GO. And the power to start that process. Venus in her own sign, Libra, is moving toward the Sun. We’ve got the goods; those scales are going to balance. 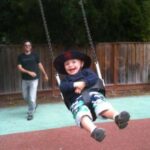 Jupiter and Chiron in Synastry