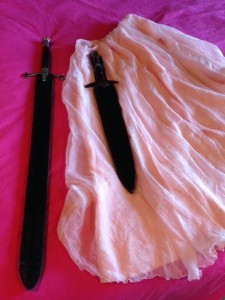 Things are not quite fixed/untangled/uneffed, but I can see it from here. That double team of Mercury retro and Mercury-ruled Gemini Mars retro was enough to test the finest, best regulated of temperaments, and I’m not among that number. Next Wednesday brings Mercury back into forward motion, and I’m sincerely excited to see it.

Retro Mercury quincunxes newly direct Mars all weekend, exact Monday night. While the mind, senses, communications, and gadgets still hiccup, with hard work and patient perseverance forward motion is now possible. Venus in Aquarius moves within ten degrees of conjunction to Saturn, so I’d say it’s definite that we want to brainstorm but should do so with a long fuse. Profits and benefits will arrive in time.

Venus squares Uranus as well, exact Saturday night. If you just sit back and hope things come to you, they don’t. Not quickly anyhow. But if you’re willing to take on pleasure at the risk of missing the mark, there are fresh routes to pursue. It also improves our chances if we’re willing to tweak our preferences to suit reality.

The Capricorn Sun spends the weekend moving ever closer to Pluto. The intensity of our daily realm is heightened and the power to take on the herculean task of genuine change is present.

Friday night, the Venus-ruled Libra Moon opposes Chiron and trines Venus. Just because something didn’t work the first time, doesn’t mean it won’t work now. If you learned something, put it to use. Two wrongs don’t make a right, but two rights make a left. Balance.

Saturday night, The Libra Moon trines Saturn and goes on to square Sun-Pluto. Venus perfects a square to Uranus. Getting our needs met hinges on the flexibility of our desires. The old ways alone won’t cut it. Freshen your lippie/chappie and go a new way. Old kisses with a new twist are divine.

On Sunday, the Scorpio Moon quincunxes Jupiter in Aries: BOOM! If you’re navigating the flow, it’s a rush. If you’re disregulated, it’s a shove. Now you can reorient. The Moon goes on to sextile retro Mercury and both quincunx Mars. The mood assists in a change of perspective that helps us to move and CRUISE.

How are you faring? Do you have any weekend plans?