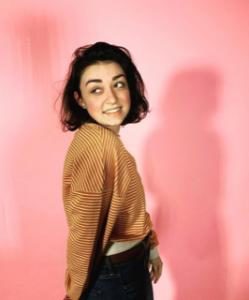 Mercury in Taurus spends Friday and Saturday heading into square with Saturn and sextile to Neptune, exact on Sunday. While plenty is hidden or blocked, expect to see-hear-say-sense exactly what you need to. The rest will come in time.

The Taurus Sun travels in applying sextile to Mars in Pisces, earth to water. “Go with the flow” is considered a bit surfer woo for my liking. It gets written off. However, the concept itself is ancient. Perhaps “wu wei” is a classier title. Action through non-action – letting things unfold as they do. Not getting in the way of what is and what may be. It also means waiting till action is desirable, waiting for a door to open then walking through it.

Friday night, the Capricorn Moon (influencing that Mercury-Saturn square) sextiles Jupiter and conjoins Pluto. You’ll feel those solid opportunities if they’re there, so there’s no need to stress about missing them. They’re big and they’re visceral.

Saturday night we get an Aquarius Moon, airy and humanitarian. The Moon sextiles Chiron in Aries then goes on to square Aquarius ruler Uranus in the night. Simple truths are best and they’re worth the consequence – even if they’re shocking. For the most part, the consequence is a bit of awkwardness. When you’re forthright about who you are and the limits of what you can do, you also highlight the HEIGHTS of what you can do. Telling the truth pays off over the long haul.

Sunday morning, the Aquarius Moon heads into conjunction with Saturn, exact midday. It also squares Mercury, illuminating the Mercury-Saturn square. If you’ve done the right thing, this brings a breezy mood to offset bumpy communications. If you haven’t, it may allow you to dissociate enough to make things right, to explain or make amends.

Mercury sextile Neptune and in orb of sextile to Jupiter creates an atmosphere of gracious jocularity, or at least a large, anesthetic fog.