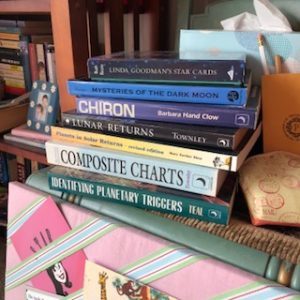 I’ll bet you’ve heard the maxim “never say never”. This weekend and into next week, we’re likely to see some examples of why.

With Mercury just past conjunction with Mars in Scorpio, just past square to Saturn, we’ve seen, heard, experienced traveling with the brakes on. We’ve been pulled up short to assess the plan, the attitudes, the perspective of what we’re considering or what we’ve already started work on.

Saturday morning, Mercury opposes Uranus. Then Mars takes its turn in the hot seat. Fickle fate can seem to have a hand in a disjointed approach to moving forward. But what if it’s less being fickle and more giving us a chance to adjust for the better?

Plans of action don’t always age well. Sometimes there’s a better way. With Venus in Capricorn now, we want something that is going to bring value over time, into the future with Uranus in Venus ruled Taurus. And hold that value.

What we desire holds so much sway over what we attempt to get and do. While it’s folly to try to change your genuine desires, sometimes they do change. Sometimes we grow; we learn something that naturally morphs our interests and preferences. This is such a time.

Friday night, the Pisces Moon is a malleable mood. It trines Mars and sextiles Uranus. Allow yourself to feel deeply into the musing that sits at the edge of your consciousness. Moving your body can help get into that mindset.

Saturday night, the Pisces Moon moves past conjunction to sign ruler Neptune and into trine with the Scorpio Sun and sextile to Pluto. Capricorn Venus grabs a quick evening semi-sextile (30 degrees) to its sign ruler Saturn. Our desires grab traction and the mood facilitates deep and powerful insight for change.

All weekend, Venus heads into square with Chiron. That discomfort may be growing pains. Be true to yourself and listen to your own wisdom: Do you actually still want what you think you want? What you’ve wanted for a long time now? You may wish to consider some changes or amendments.

Sunday morning, the Moon finishes up in Pisces, and it’s a nice little moment of vulnerability that helps us get back in tune with our ability to connect to self and others. In the afternoon, the Moon heads into active Aries.

At the end of Pisces, the Moon squares Juno at the end of Sagittarius, both mutable, and there’s a jarring feeling over something ingrained in our experience. It might not feel as “meant to be” as it once did. Once the mood individuates in Aries, Juno changes sign as well – heading into Capricorn, both cardinal. Ready to facilitate a foundational new start. To what? A commitment to something solid, something that starts a new cycle of tangible growth in your life.

The Aries Moon goes on to sextile Saturn for a chance to ground and get more traction in the mood. It’s bracing! By nighttime, the Moon squares Venus. Then Venus squares Chiron just as the Moon heads into conjunction with Chiron. It’s all very tight, exact overnight. It’s exactly what we need to lever us out of an attachment that no longer serves.

That could be something outright damaging, or it could just be that there’s something better and brighter we’re off to collide with and make our own.