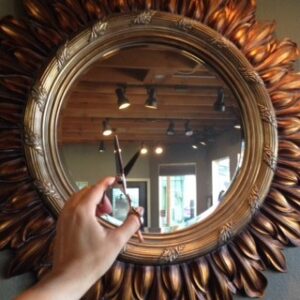 Friday night, the Virgo Moon opposes Neptune and moves to trine tightly conjoined and retrograde Pluto and Jupiter overnight. The collective is either drawn to focus on practical matters in service of others, compassion and the details of nurturance, or there’s a likelihood of confusion or denying those needs altogether.

Virgo ruler Mercury is also retrograde, heading back into aspect with Chiron and Uranus. Cancer Mercury heads back toward conjunction with the Cancer Sun. It’s quite possible for people to reconsider positions concerning health, much to the benefit of all. There’s a fresh start for attitudes coming down the pipe. People may surprise you, for good or ill. Heck, you may surprise yourself.

Pluto and Jupiter within minutes of each other, both retrograde in Capricorn puts the power of transformation on blast. It also leads to systemic manipulation as well as pushback on such. The issues are deep and old but also a retread of the recent past.

Saturday night, the Moon heads into Libra then Mars moves to Aries. The Moon has a head start on Mars, but they oppose in broad terms. They form a loose grand trine/kite with the wide trine of Venus to Saturn (both retrograde). The Libra Moon is ruled by Venus, and Mars in Aries is under its own rulership. The mood stabilizes with a gracious counterweight to the simple, insistent call to action. It’s a truly pleasant emotional atmosphere: neither too effusive nor too underwhelming. There’s a nice tension that builds without threatening tones. The release of this healthy tension leads to calming yet invigorating pleasure.

Saturday night, the Libra Moon also squares the Sun, midway through to the next full moon. It’s a chance to note how we’re faring after back to back eclipses. On Sunday, Mars makes its exact sexile to Saturn and the Libra Moon squares Mercury. Saturday and Sunday the urge to action kicks in full blast after weeks of uncertain impulses and misdirected or false starts. There’s an opportunity to pick up where we left off but from a better position. Motion is grounded in upgraded traction.

Sunday the Libra Moon conjoins Juno and goes on to quincunx Neptune. It squares Pluto and Jupiter overnight. Watch for any impulse toward possessiveness or petty nonsense. Ground yourself in grace and dignity or distract yourself with something else that interests you.