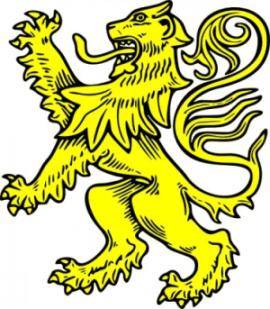 “Well I know why you don’t want to be around them even if you don’t,” I told the soldier regarding some people he knows. “They obviously like you tremendously. They want to be friends but they can’t manage it. I know why and it’s not because you’re anti-social.”

“No, hell no. You’d be friends with them but they’re just so cheap. They’re cheap and they’re greedy so you don’t want to know them but no one can figure it out. You can’t and they can’t.”

“They can’t figure it out because they don’t know they’re cheap. Actually they do know but they think they hide it when actually it’s the first thing you see at least you do if you’re someone like me. To me their cheapness is glaring. It’s overpowering.”

“Well they both keep extending themselves but not really. For example they keep giving you junk,” I said with a snort. “What the hell is that? If you’re going to give someone something then give them something! But no! What they do is say, hey. We have this piece of junk. It’s a worthless piece of junk no one in their right mind would want and then they give it to you like it’s some kind of offering. Have you noticed this? How much junk have they given you and to no end? They given you junk three or four times and it’s had no effect. They don’t even have the sense to raise the ante so there is another reason to not like them – stupidity!”

He laughed. “You really think they’re that cheap?”

“Yes. They are totally cheap. And being not cheap is not something you can buy. It’s something you are that has nothing to do with money. They’re cheap in all ways for example how about the way they pick your brain? They are constantly picking your brains but they’ll be damned if they acknowledge you. Hell no. They have to think they are better than you. They have to maintain their superiority even though it doesn’t exist. Anyway, they have no idea of this, I’m sure”

I waited for him to say something but he was waiting for me to finish so I did.

“They have no idea they are transparent, I mean. They think they’ve got all the bases covered by giving you junk. I guess they think they are smarter than you though I have no idea how they could. But anyway, there is my explanation. They’re cheap as hell so no wonder we’re not running over there to spend time with them, why would we?”

“Why would we, P?” he said grinning wide.

“No reason. It’s bad enough you have to spend as much time with as you do. We don’t go over there because they’re greedy and we’re not. Both of us give, readily. People may not like what we offer but we give everything we have, it’s just the way we are. But anyway, I’m just telling you this because I really don’t think it’s you and you probably do think it’s you. I think you’d love to have some people to spend time with it just you don’t these people and if you’re wondering why, that’s it. They just want to suck. They just want to feed off you all they can and and it’s repulsive.”

“I think so and they have each other for validation so don’t expect growth anytime soon. As far as I am concerned they can pretty much be counted out. We’re not going to hang around people stupid enough to think we’re stupid are we?”

“Sorry, but I’m bored just thinking about it and anyway, it doesn’t matter. They are over there thinking they’re getting one over on you. It’s like stealing a dollar from a man who’d give you a million and whatever. Stupid is stupid, it’s common enough. This is not a new story, it’s an old one that bores.”