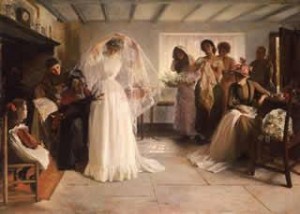 Ms. Scarlett asks on People Who Marry You When They Don’t Even Like You:

“I just wanna know how does someone smash a wedding ring? There’s an omen if I’ve ever heard one.”

Ms. Scarlett, he pushed me, my hand flung back and it smashed against the wall. It was a cheap ring  that was meant to be stand in for a big honkin’ heirloom ruby promised by his family. He actually took the ring and got it repaired. Made a big display if it. He made all kinds of big displays for me… you’d have never guessed he didn’t like me, I’ll tell you that. This guy would take me on dates you wouldn’t believe.

Anyway, he never hit me but I wondered about that. He just should have never married that’s all there is to it. He tried it. It was an experiment and found it not to his liking.  He was loathing letting me go too. I mean he actually wouldn’t let me go. I had to leave.  And when I left I had to fight off all his friends who thought he was crazy and would have killed to be married to me.

I am telling you the whole thing was a scene but like I said, I never looked back. I had another adventure going within a matter of days. Big time transits back then – Uranus obviously. 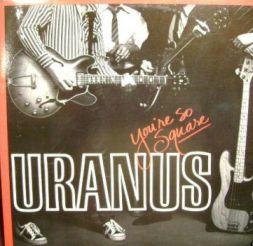 I don’t really care about any of this. The biggest loss was my brother-in-law. He was a great guy, the best in law I ever had in my life. He was a damned good brother to his brother too.   Anyway, too bad I lost him.  I also liked one of his sisters and her husband who was a hysterically funny Aquarian. God, they had beautiful children. I thought we’d be similarly blessed but he got in there and balked.

In hindsight, I would not have done anything different. I am really glad I divorced him so fast. I don’t think many would have – they’d have stayed and made it look good on paper. In fact that is what I said at the time. “I don’t care how it looks. I am not throwing away 3 years of my life to make it look good on paper!

We had bought a house too. We sold it 2 months after we bought it and actually made a profit if you can believe that.   The whole thing was Uranian. It was like someone turned on a light… things were illuminated for awhile and then the light went off and the players left the stage.

There was also a social cause involved. He married me for a humanitarian reason if you can believe that. In whatever case, forget about it. As far as I am concerned, no harm, no foul, good story.