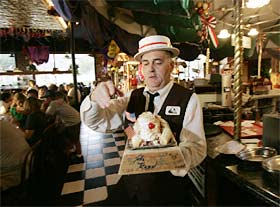 Some of you know the soldier likes math a lot. He has taken every math course that is taught and some years ago started working on his own math… his theory of math. Today I came in from a walk and he announced he’d discovered a phenomenon.

He sat me down and showed me his calculations, he was both giddy and scared. “Too bad this is going to go to waste,” he said.

“Because I’m going to forget it. I’ve got nothing to do with this, I was just figuring these trusses and it came about.”

“You should write it down.” (swearing below the break)

“Nah. No one wants to hear what someone like me thinks. I’m not going argue with those fuckers.’

“Well I don’t like to talk to them. If they had some kind of math contest at the corner shop because they liked math and if they happened to have some ice cream as a prize for the winner, I might go down there and talk about this.”

And I did. I listened carefully as he explained how the equation showed itself in life. I had no trouble following him as he was talking pure astrology unbeknownst to him.

“I understand, ” I said. “I understand better than you could possibly imagine and as a matter of fact I write about this on my blog.. almost every day here lately (180 degrees – the opposition). People don’t seem to understand how they work for some reason but you are describing it exactly.”

He stared because astrology is completely outside his realm.

“Never mind,” I said. “Just take my word for it, I understand this completely.”

“You just proved astrology as well,” I said.

He shrugged. “One time I was with my parents and we were at this place that had this big ol’ bowl of ice cream. It was big, Huge! And the rule was if you could eat it all you didn’t have to pay. Bring me the bucket, I said. ” He was pointing at himself. “Bring me that bucket of ice cream.”

“My parents said, no. We aren’t paying for that. That’s a lot of ice cream. Bring me that bucket, I said. So they got me the bucket and I ate the whole thing. I ate it all, no one could believe it. I really like ice cream.”