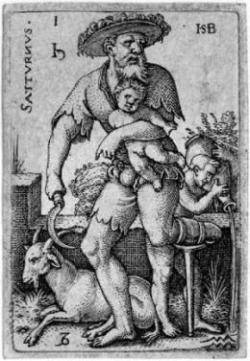 All this talk of Saturn had me dividing the ages by 7 to if certain events in my life were hit by Saturn energy…And sure enough, Saturn had his “time-to-grow-up-Honey” hand in the pot many times over. My Saturn energy is tied up a lot in parenting. With a square to my moon, I guess you could say I’ve got Saturn Mommy Issues.

Starting with my own Mom, appropriately enough. She was a kid who couldn’t wait to grow up and, Bam! She did it triple-time. She hung out in bars at 14, having faked her birth certificate to get an ID. My mom got married at 14, and had her first child at 15. She was overweight, and married the first guy that seemed interested. She was in a hurry to grow up and get out of the house.

It didn’t meet her expectations. Go figure. Mom describes her first husband not-so-fondly as “the Cheapest Man Alive.” (Only not anymore. “Cheapest Man Dead,” maybe?) See, he didn’t want to buy her a dress. She had one dress. And he said since she had one perfectly good dress, why should she have another? So my mom washed her one dress over and over again. Here was a child, looking after an infant, having to wait around in a slip every day while she washer her only dress. Her mother had taught her that you could be poor, but there was no excuse to be dirty, after all. That’s an overdose of reality if ever there was one. By the time she hit 16, she was divorced and remarried to my Dad. He was a much nicer Saturn figure, at nine years her senior.

Anyway, Mom had me on her own Saturn return. I was definitely not planned. I know Mom loved me, and still does, but she resented me, too. I mean, C’mon! She’d been having babies since she was 15, for God’s sakes! Her youngest was 5 at the time, his brother was 6, the oldest a teenager by then. What on Earth would she want another kid for? Mom used to threaten to run away from home. Regularly. When I was little, I’d brightly ask if I could go with her, and she’d usually laugh. I never got the joke…didn’t realize at the time that I was the root of her desire to escape. I was a little Saturn Return Restriction. 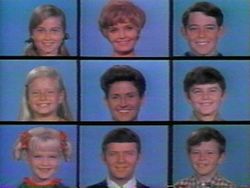 And for me? For my early twenties, Saturn brought me kids, too–a mess of them! I’d never wanted to be a mom at all. When the subject of children came up, I had my favorite line: “Children are no good until they’re old enough to threaten.” I meant it, more or less. I didn’t like kids. I don’t know if my biological clock would have disturbed me later in life, but it didn’t get the chance. At 22, I was pregnant and married a man with custody of his two children. I was senselessly in love with him, or I’d never have gone for it! I went from a single person to a married mother-of-three within the span of a month. And all this committing was in the middle of the first in a series of custody hearings, thank you very much. That’s a good way to learn about growing up, too, let me tell ya.

And when I was 28…well, that’s when we lost custody of my husband’s two kids in the third custody hearing…kids whom by then I had spent several years mothering and loved dearly. I believed they were going to a crazy, violent environment. I knew in my gut we would not be allowed to see them once the scrutiny of the court wasn’t pushing visitation. And the kicker? My stepdaughter, at 8, helped orchestrate it on the sly. In court, we heard a school paper called “The Greatest Day of My Life about her leaving. Ow. We got a letter from her about how she wanted her new stepfather to adopt her because she didn’t want to be in our family any more.Ow. Knowing it wasn’t really coming from her only helped slightly.

I was devastated. We were all devastated Overnight, half of our family disappeared; my 4-year-old started having nightmares. It hit us all, and hard.

True to my prediction, the kids were moved out of state and kept from all contact with us. Saturn + Pisces = family disappearing and reappearing acts. (I have also experienced the disappearing family phenomena with three brothers, who still don’t speak to me because of religious differences.) The separation from my stepkids lasted exactly seven years.

They also reappeared again, pretty much overnight. We got a call late one Fourth of July from our stepdaughter totally out of the blue. And we had a brief chance to connect with our stepson during that time, until he disappeared again.

My stepdaughter ended up moving in with us, and that was a wild ride! Her affection for us came and went in unpredictable cycles and, as far as I can determine, still does. Whether we’re in contact with her at a given time or not, sometimes she’s emotionally present, and other times, any interaction has simply become a vehicle to get something from us. At times the relationship went beyond stormy to being a major disruption in our lives, and at certain points, we’ve had to completely detach to keep from being pulled under. So you’ve got Saturn and Pisces, service and suffering, tied up with emotional, maternal moon energy. Many tears have been cried, you know?

Now? Well, I’m 42. Uh oh. My stepson has again disappeared recently, angry over something, but I have no idea what. He’s twenty. Wonder if he’ll be gone until his Saturn return?

My stepdaugher, who has disappeared and reappeared so many times I’ve lost count, is in a “reappearing” phase and wants to be my best buddy. The hot and cold has been excruciating. So I’m trying to figure out how to balance my feelings for her, and about what parenting means, and all the pain we’ve been through–substantial–and my need to protect my own and my family’s happiness and safety. All of this is mixed up together in one big emotional stew. I mean, parents try to help their kids. That’s what we do. But we are not bottomless wells of resources without feelings. I love my children dearly and have happily sacrificed for them in many ways. But I won’t sacrifice my well being to go down for or with a kid when it serves no one.

I suspect answering some of these questions are the job of my current Saturn cycle. Not fun, but necessary, I guess. But I’m hoping it won’t be that bad…I’m more than happy to act like a grownup, after all. I really am! And I will, too…once I figure out exactly what a grownup would do in my shoes, that is.