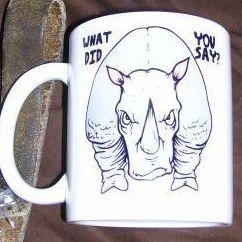 From 2008.  The graphic is from Cafepress and my husband has it on a shirt.

“Yeah, I went into Walgreens wearing this shirt people looked at me in my glasses and say, wonder if that hog can do anything,” he said. I laughed.

“Yeah, they wonder if a hog like me can do anything; reminds of the time in college where I knocked the captain of the football team on his ass. I mean I knocked the piss out of him. Knocked him right out of his chair onto the floor and knocked one of his buddies too. Big dudes these were, no one could believe it. You know the football players ate the Gods around there.” (swearing below the break)

“Oh, I was in the cafeteria one day… I was in college, this was between my militaries so I was going to school and all the jocks… all the football players and cheerleaders used to sit together and rule the place. You know. They were the rock stars. All the popular kids.” 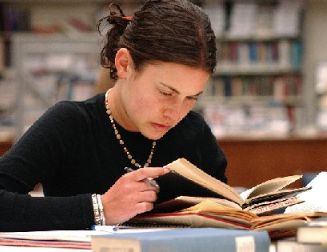 “So one day they were over there raising hell the way they did every day and there was this girl sitting there, near them and she was trying to study. Yeah, she had her book out and they kept saying shit to her and throwing stuff at her. You know. Throwing stuff in her hair. Finally she told them she was trying to study and they said something cruel to her. They were all cruel, the pieces of shit, every single one of them. Anyway, she started crying and left.”

“Yeah. And then some geeky motherfucker came and he was going to walk down the aisle between the tables and they all leaned their chairs back and told him, this is our aisle you fucker, you’re going to have to go around.”

“And so he did. The geek went around and that’s when I said, fuck it! I’m going down their aisle and let ’em try and stop me.”

“Yeah. So I went over there and they said the same thing to me. You can’t go down this aisle, you’re going to have to go around. Well I combat smashed the fucker – he was the Captain. I mean I brought my fist down and knocked the piss out of him and he went down. The next one, he had his chair leaned back on an angle so I kicked up underneath and he went flying too. Big fuckers these were. They were big motherfuckers… big stunned motherfuckers at this point.”

“Someone said, who are you. So I put my hands out like this,” he said with his hands stretched out. “I yelled at them, COME FIND OUT WHO I AM MOTHERFUCKER!” I had on my green military jacket on. “YEAH! COME GET ME YOU ASSHOLES! I HAVEN’T KILLED ANYONE IN ALMOST A YEAR AND I’M GETTIN’ KINDA ITCHY..!”

Sometimes a force of nature comes along comes along in nature and that is all there is to it.