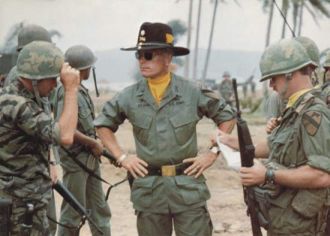 This weekend we attempted to watch Apocalypse Now. We didn’t quite get through it yet but it’s a movie we saw in the theater when it was first released. It is one of my favorite movies of all time for a variety of reasons and I was surprised when the soldier said he had not seen the movie since he saw it with me 30 years ago.

“You’ve got to be kidding me,” I said. “How can that be? All you do is watch war movies. Not a week goes by you don’t watch a war movie.”

“I liked it. It had a big impact on me, it’s one of the reasons I decided to join Special Forces.”

“That’s what I thought. So how come you’ve not watched it? Have you not watched every war movie ever made at least 30 times if not 50 times. I mean you watch these movies constantly.”

I thought he meant he had not had time to watch movies but again, he has watched all these war movies many, many, many times… 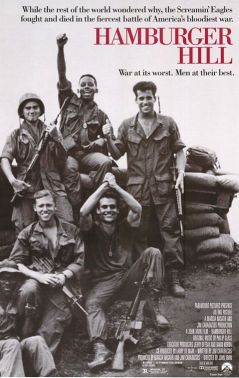 “When I was not working I was still busy working. I had to study tactics all the time so when I wasn’t working I would watch war movies that recreate real events.  P, I study war and tactics so I watch movies that are based on real events. Stuff like, Hamburger Hill.  I use the movie as my visual reference. I sketch the things out… I mean I actually draw the battle on paper to figure out what I’d have done or what could have been done differently or better than what was done.  I do that and I do it over and over again. I go over every battle I can find with a fine tooth comb, I know pretty much every battle in history inside and out.”

“Well, P, you can never have too many tactics. If there is anything to think tactically when it comes to war, I want to have thought of it that’s all there is to it. So if there are no tactics in a movie, I don’t really have time to watch it.”

Mercury, Mars, and Saturn form a T-square in his chart.  He is seriously learning about war and this energy is relevant today with Mars conjunct Saturn in Mercury’s sign, Virgo so I’ll be back on this topic.

Meantime, have you forces yourself to study something intently?