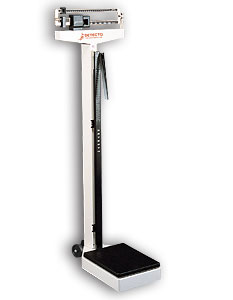 This is entertainment from 2008. Hit the links at the bottom of each post and be amused at my husband in public…

“Oh no!  What happened this time?”

“Well I was going to weigh my fat ass and there was another guy with a fat ass on the scale in front of me. I was standing there in a towel waiting to see just how fat my fat ass was and this other bastard wouldn’t get off the scale!”

“No? Well what was he doing there?” (swearing below the break)

“Sliding the thing back and forth. Staring at it like a hog lookin’ at a wristwatch. What the fuck does he think is going to happen anyway? It’s not going to move! The number is not going change just by you standing on the scale so get the fuck off!  Move it!  Move your lard ass because my lard ass is waiting to do the same thing you’re doing, find out just how much lard I’m carrying around except for I’m not so stupid as to think if I hang out on a scale and slide the thing back and forth, some miracle is going to happen.”

“So he finally got off then?”

“Yeah. And it was all I could do not to yell at him. Yeah, motherfucker you’re fat. You’re fat as hell and so am I but at least I’ve got a brain!  Scales don’t move cause you look at ‘em! P, have you ever seen one do that? Have you ever stared at a scale and had it move?”

“Yeah, well this motherfucker has apparently not yet made it around the block. He still thinks he can stand on a scale and wait for a fucking miracle. He’s lucky he got off in time, I’ll tell you what. Because I was going to tell that bastard that not only is he fat as hell but he’s dumb as hell to boot!  Get on, get off, get moving!  Just because you’re fat does not mean you’ve got to stop on top the scale and rest, especially when you’ve got another fat bastard in a towel waiting behind you.”

“You’re a fat bastard in a towel?”

“Well yeah, P.  Yes I am. You just can’t see me because you’ve got those love eyes. I’ve got you tricked, P. You, I have tricked.”

Skip to Song In His Heart