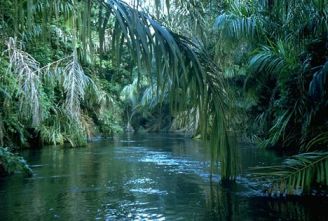 “No, P. I would not pick this,” the soldier said.  “I don’t think I would. I mean if I were to see you out there somewhere I would be attracted but I’m not sure I’d do anything about it. We’re together because we knew each other as kids. I really would be attracted to you but damn. It’s just so hard to be with a woman, I’m just not sure.”

“Yeah but none of that matters. It’s a mute point because as it is, I am in love with you. I am deeply in love with you and have been my whole life. It’s as if you’re in my DNA, that’s how deep it goes. We were just so young when we met and you really got inside me – Into my DNA, that’s what it feels like. I wasn’t even a full grown man when I met you,” he said. “You put a hex on me or something. You poisoned me. I got poisoned by you when we were kids.”

“P, it’s like crotch rot. You get crotch rot and if you do then you just have it. You have it before you even know you have it because it travels… it has spores and it just gets into you and becomes part of your being and that is how this is.”

I couldn’t think of anything to say so I continued to stare although I did open my eyes a little wider.

“I don’t know, I am trying to think. Surely I have though. I am sure I have spent time with women, I just can’t think of when off the top of my head.”

“P, I am sorry about the crotch rot, I just know no other way to explain it. I guess you shouldn’t say crotch rot. You should probably act like you don’t know what it is – like you have never had it or anything but if live in a jungle long enough you will probably get crotch rot just like you – if you hang around Elsa P, you will probably fall in love with her and it doesn’t matter if you want either one of these things, they just happen to you, you’ve got nothing to say in the matter.”

“Am I in trouble?” he asked with an embarrassed grin.

I shook my head. “Want some more coffee?”

The look of relief on his face was priceless.