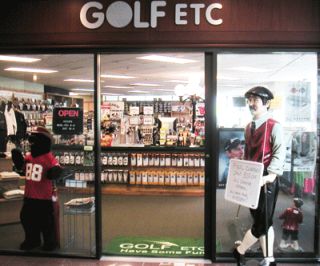 The bit about my inability to mesh with a refined man brought this old story to mind so I dug this up.  This story happened right after the soldier and I broke up. I started to date all these millionaires, quite inexplicably. I mean I met and dated a string of them (5 or 6) in the space of just a few months, they just came out of the woodwork.

In this bit I am at dinner with one of them after having been coerced there. The guy owned a golf course. He also owned a chain of Golf stores. Golf Etc. type stores this was, back when they were cutting edge so this guy was rolling in money and we were at a very nice restaurant obviously.

The evidence I have a Mars Mercury conjunction in Libra pours from every pore which is the other topic of the day – You are what you are, doesn’t matter how old you are.

“Well I was going to invite you to the course tomorrow. Show you around.”

Does he mean that he wants to sleep with me tonight and we can go there in the morning? I wondered because I didn’t think so. I had no sexual feeling for him. Really, there was too much distraction. There were too many glasses on the table. Too many forks.

See, in my natural state, I would just clear the table with my forearm. I would knock everything to the floor in one swoop and climb across the table and get the man. That would be normal but I didn’t feel normal at all. I felt out of sync like the whole thing was in slow motion and it kind of hurt my psyche.

“Yeah, well I don’t know about that. I’m tired. Let me think about that,” I said.

“Then you mean that I can call you in the morning? I’m not too boring for you? I was worried about that.”

Actually he was boring but it would be mean to say so. I didn’t think I really liked the guy but I had no reason so I felt kind of guilty about it. Should I at least try to fall in love with him? He’s not that bad. He’s just not that good, is he so I was squarely undecided, damned Libra.

I told him to call me in the morning and see if I was tired and he happily agreed. He said he didn’t know if I’d be willing to see him again after this dinner and he was justified in wondering that. I didn’t reassure him because I don’t believe in leading people on.”

Ha ha ha, see how fair I am!!  In the end I had a few dates with this guy and it took every bit of restraint I had not to kill him. 😉