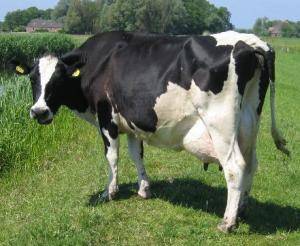 I’m pulling this post up because I was talking to a gal yesterday, she’s been around the blog since 2005.  That’s a long time!

We had a long chat which ended in tears on both sides.  Not bad tears, they were good tears, but we were both moved to a point where we were both sobbing. I finally said, “I think we better hang up and cry!”  And so we did.

At some point in the conversation, I pointed out to her, she had the gift of “sight”.  She can see things that other people cannot.  It’s just a fact.

You know those animations you can find out there, where people follow each other into some kind of pit or over a cliff or something. There are hordes of them, just flying, following each other into the pit.

This happened once around here. We both saw numerous people go over a cliff. It was stunning.  But this particular woman did not follow. She had sight.  Why??  Why her?

This is an interesting phenomenon.  I told herit was like one of these churches, burned to the ground, but there will be a statue of the Virgin Mary, in the middle of the rubble, unscathed.  I can’t find a non-copyrighted image but here’s a sample of what I mean.

I really feel this situation was that dramatic.  When you wind up the only one or one of very few, left standing after some force of nature comes through, I’m sorry but there is something about you.

For those wondering, the gal is an Aries with a Scorpio moon conjunct Neptune and a stellium in Pisces.

I want to state up front, I realize I have my own blind spots.  With that out of the way, I want to try to convey my current experience which is so drastic, I have to conclude it’s supernatural.  It’s ethereal.  It’s God.

I say this because I can and I have literally, told the same thing to several dozen people.  Some of them understand, instantly. Others can’t see.

Can’t see, don’t see, won’t see, don’t want to see. I have no idea. All I know is the person right next to a person like that can see and could not, NOT see if their life depended on it.  It’s uncanny.

I wish I could understand this in way that makes sense. Some people are stupid, right? But that’s not it. That’s not the criteria. It’s more as if, God, or the universe or whatever you want to call this force, has tapped some, gifting them with normal sight and clarity. The other people don’t have this. They look at an “A” and think it is a cow. It’s that stunning.

It freaks me out to witness this. I can speak to one person and be understood in less than sixty seconds. The other person I can talk to for a year… and there is a ball of string there, like multi-colored yarn, that a cat would play with. I may as well be trying to start a fire with with a pail of water.

I’m done testing this, if that’s what I’ve been doing.

One more remark about blindness; I have spent a lot of time with a blind man over the last couple years.  He’s smart as a whip; you can’t even tell he’s blind. But there is one thing that eludes him.

He can’t see you, which means he can’t read the emotion on your face or tell anything your body language might communicate.  Someone would have to translate this for him, they would have to verbalize it and no one does. Consequently, he does not know when someone is shocked or scared or disappointed or hurt… 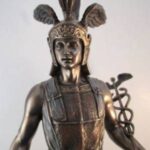