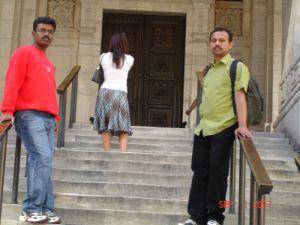 If you ever want to meet a Virgo, go to the library ten minutes before it opens. A solid 80% of the people waiting outside will be Virgos. You can watch them. I was there today. I saw an especially appealing one.

When I walked up to the door, she was standing near a pole talking with this guy who just had to be a Scorpio. He was tall and thin. He looked like a penis with his knitted snowcap over his head, and the hood of his sweatshirt hanging down. He also had very thin legs that bowed out like a spider’s and this left little doubt.

They were chatting when I walked up. Well, she was chatting and he was listening. She was super cute and she greeted me by explaining that she came to the library early because it was going to snow. See? Obvious Virgo.

I spoke with her briefly then let her turn her attention back to the man because the chemistry between them was palpable. I listened to them discuss Chicago and then California, the whole time thinking that they were a phenomenal match. I wondered if they knew it.

I’ve written before about the appeal of a Virgo woman. If you have sex with a Virgo, the next day they are restored. They are right up off their back and go back into the world looking like a “Virgin” all over again and this gal was like that. 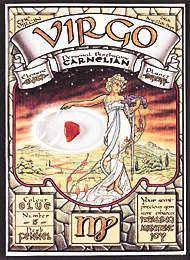 “I could have sworn I screwed her yesterday and look at her now. Right back the way she was…”

Anyway, she was just so damned cute and chatty, I thought she surely deserved to get laid. The guy looked like he could do it, so…?

I didn’t want to get in their conversation but I promised myself if the opportunity presented, I would remark about this. Not about the sex of course, but I would just make a comment about their chemistry. I wasn’t going to interfere with nature but on the other hand, I am part of nature, right? I decided to be willing to speak but wait for a definitive sign it was appropriate. Meantime, I watched her closely for clues. Was she hitting on him? Not really. She was too “virgin” to actually flirt with him, but she definitely had his attention.

I waited patiently but the opportunity never came for me to try to hook ’em up. Oh well. Still it was a nice study – especially the gal. Virgo doesn’t get a lot of credit for having appeal but they sure as hell do.

The library opened and the crowd flowed in. It’d be nice to think these two got together when I wasn’t looking.