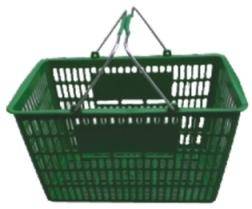 I was waiting to check out in the grocery. There was a woman in front of me in her mid 50’s, attractive and in shape. She was buying dog food. Actually she was buying forty pounds of dog food and she had no cart.

“Are you carrying that?” I asked. “You don’t have a cart for that?”

“Yes,” she said, explaining that she was foster parent. “I have to stay in shape if I want to keep up and this helps.”

“Thank you. I try. I carry everything like this. When I go to the grocery store, I use a hand basket instead of cart. Even if I need a lot of groceries, I use two hand baskets and carry one in each hand.”

She demonstrated by holding her arms up with her muscles stiffened as I watched her, enthralled. “When I see something I want, I just set a basket down, grab the item, put it in the basket, pick it back up and go on my way.”

Being a gym rat, I imagined myself holding my stomach in Pilates style while setting down a weighted basket. I thought the woman genius.

“Well thanks for telling me this. I like your idea and I’m going to steal it,” I said.

On the way out of the store I thought about her Virgo-ness. Virgos are heath conscious, do-gooding efficient multi-taskers and this gal was a quintessential example. Talk about efficient.

So what about you? Are you a textbook Virgo? Do you know one? Have you seen one in the wild? Tell us!