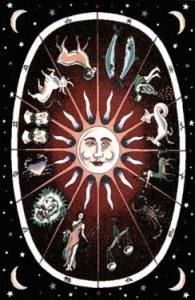 I hail from a family of incestuous behavior and violent abuse. My brother and I got to be the “guinea pigs” so to speak. My sisters (for some odd reason) were spared the violent attacks but not the sexual abuse. No, I cannot say for sure that my brother was also perpetrated but he was into a lot of things that 9-10 year old boys don’t know about.

Anyway, all of us have not spoken to each other for nearly 20 years until November of 2005. My sisters wanted to reunite because they realized that our parents were “sick”. I was all for a reunion and welcomed them into my home.

During the many months of healing old wounds, my sister met a guy and they “fell in love”. They loved each other so much that they decided that they should marry and they did… 3 months later. My sister was kind of broke before she met her man and had to sell her home to pay off the mortgage. She made a good profit and bought another home with a smaller mortgage and embarked on a second career of flipping homes. Now, this man of hers works for the government and has a pretty good job… seemed he had it together… or not.

He just did not know how to save any of his hard earned bucks and so was lacking financial stability at the ripe old age of 40ish. My sister is a pretty frugal gal, except when distracted by large shiny objects and a mirror. So she bought herself the best wedding and honeymoon a credit card could buy. And that is all good and stuff except for one tiny little detail: she needed to borrow money from me.

Now everyone knows that I am broke as a joke. I stay at home to take care of my family, so my hubby is the “bread winner”. He has a little savings from the sale of some property in Europe so I am under the distinct impression that this is HIS money and not mine.

I asked my husband if he was feeling generous and he said not just no but “hell” no. I broke the bad news to my sister and she was upset (that self-portrait she had commissioned was still on “layaway”) and said that her man would share all that he had with her and she with him. Only trouble is her man doesn’t have a “pot to piss in”.

I told her how very sorry I was for not being in the position to loan her the money but that this was property he owned long before we were married so it was not my place to even ask him for the loan. My sister said her man would share whatever he had with her.

Well, ever since that day she has been rude and very distant in her tone with me. Because of a lot of things going on with my son, I was not able to make her wedding and this even made her more upset. My question is this. Does she have a right to be hurt or am I missing some red flag here?

I think your sister has the right to feel hurt or any other way she pleases. But you did nothing wrong. The thing is: with families like yours, boundaries are often very weak. And this seems the situation here. Everybody is in everybody else’s business and nobody knows how to draw lines.

And this is frequently why families break apart the way yours did. People do it to survive. No one can seem to exist without falling into the very painful family stew so they amputate in the hopes of starting fresh and faring better. So now you’re back in and things are starting to constellate and I have some ideas that might help.

First, understand that your boundary was completely appropriate. And your Venus (money) Neptune (sacrifice) conjunction in Scorpio is a very leaky combination so I think you should be congratulated on managing to make it. And from here all you have to do is stick to guns… and hope.

Hope your sister runs through her emotions, which I am sure are complex. And hope she runs through her process whatever it may be, and she comes back to you in saner form. And there is agreement on all fronts I know of, how to best facilitate this which is nice because it makes it very simple.

The 12-steppers remind you to watch your side of the street. That means, keep yourself on track and leave others to do the same. And I have heard another analogy, about a well. Your whole family is in a well! They’re in there, man. And the idea is to get the fuck out of the well. Get yourself out!

And it’s virtually impossible to climb from the well if you keep reaching back in to grab the hands of family members in an attempt to pull them up when they do not want to go. Never mind, half of them want to pull you back in. So no! You’ve got to get yourself out and on to solid ground before you can even think about throwing them a line or no one is going to get out of there!

So with this in mind, I’d advise you stand strong and leave your sister to figure it out. 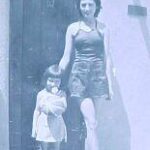 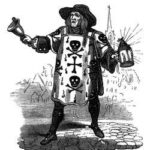 8th House – Goods Of The Dead 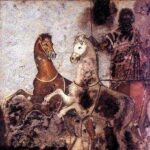