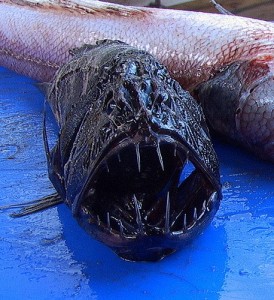 I am surrounded by vicious women in real life. I’m like the Jane Goodall of vicious women and am mindful not to “look long into the abyss” (Nietzsche) lest I also become a monster. When I mention the astrological aspects in regard to this condition please be mindful that I am talking about the low use of such energies. Even a cheerfully painted cookie jar can be a means of destruction in the wrong hands.

I know a married woman who works with the public who is constantly running into men she thinks are tasty. She also thinks they are interested in her. We have a mutual friend who is single and attractive. The mutual friend complained to me that this first woman was constantly giving her phone number to these men and telling her what great guys they were. She’d go out with them and find out they were terrible candidates for dating and the other gal was no more than an acquaintance to them. This was realized after she was in so deep she was hurt. Yet she continued to go out with each new prospect.

What is going on here? The married woman and the single woman both have water moons in the 7th house. The married woman has it in opposition to a 1st house sun, square a 4th house Mars. Both have Neptune involved seriously fogging up their intentions, internally and externally. The single woman has moon-Venus aspecting both Jupiter and Mars. They have similar signatures. Both very much want a tasty man, want to be wanted by the tasty man. They need it. The married woman sees a tasty bit she can’t have. She projects herself onto the single woman (sun, herself, opposing moon, the other woman, double whammy in the 1st to 7th houses), sets up the scenario, then calls her up the next day to experience satisfaction vicariously. The other woman, even knowing how this ends badly for her, permits this projection. They are both getting some measure of their needs met through the other, Moon in the 7th.

The married woman also has Pluto opposing the moon which may speak to her ability to hold the power in this situation, as well as the taboo sexual voyeurism aspect of all this.

I got drawn into this scenario when it was MY man who was targeted by the married woman. The single woman is a good enough friend to me that she notified me immediately. I tactfully and calmly (I think) confronted the married woman and she flipped out. She immediately defriended and blocked me on Facebook and I’ve heard through the grapevine that she is gossiping about what a venomous, possessive and controlling bitch I am. Maybe I am and maybe I’m not but what seems pretty clear here is the projection. She took her venom and nastiness, projected it onto me and castigated me publicly. She is all het up about it. I remain fairly nonplussed.

I have seventh house planets and oppositions in my chart. I have sun opposing Pluto from the 7th to 1st. I am prone to giving and receiving projection. However, I am mindful of the matter and try to live the higher end.

Here’s a happy-ish ending for you: the single gal stopped dating the married gal’s tasty bits and found a man on her own. So far, so good, and I was happy for her that she chose to step outside of that very pathological connection.

Do you have 7th house personal planets or oppositions? Are you prone to projection/projecting? How do you handle vicious women who attempt to project their nastiness on you?