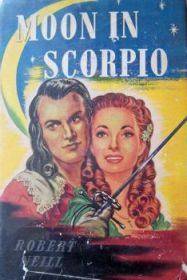 If you’ve read this blog awhile, you know I think in terms of the 80/20 rule, aka the Pareto Principle which states that thing naturally fall in groups with an 80/20 split.  As an example I’ve written, if you are happy with your partner 80% of the time, this is a very good sign. If you’re not happy 80% of the time, you are probably unhappy 80% of the time. This predicts which relationships will last.

I agree with my husband 80% of the time. But last night he made a statement that floored me. He said he thought that 80% of women were vicious. WHAAAT?

In my experience, 20% of women were vicious. This did not change his mind. No one changes his mind about anything, but this really got me thinking.

First, when I look at the women he has known over the course of his life, they are definitely vicious. Based on this I can see where he gets his opinion. He’s not going to substitute his firsthand experience for anything, but he’s not going on just his experience.  While he hasn’t known that many women, he has know a lot of men. He says most of their women were also vicious.

Do Special Forces soldiers attract vicious women?
What about men with their Moon in Scorpio?
He said he thought I was naive on this front and it left me sort of wondering.

It is not that I don’t know there are vicious women out there because I certainly do. We meet them on this blog now and then but it’s not that frequent. Are 80% of the women who read her, vicious?

It doesn’t seem this way to me. But I can think of some nuance that could explain my experience and my husband is too smart to just write off something he says, so I am asking:

What percentage of women are vicious? Where is your Moon?