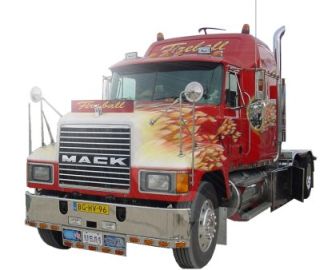 Now this is interesting. And I am not trying to pimp myself. If I wanted to pimp myself, I have had 5000 blogs in which to do it and have not bothered so…

Avery writes on the Hiding in Plain Sight / Hologram Video:

Funny you should post about this today, Elsa… After the MOST EXCELLENT reading you gave me on Saturday (readers, if you’re considering requesting a consultation, you really can’t go wrong!), it occurred to me that your phone presence in real time gives a completely different impression from the persona made up of your blog and your comment voice and your videos. It was a little unnerving to realize how much of you was just a projection in my own head. Not that I thought you were an alcoholic or anything. 🙂

See the writing is one thing. I know my writing voice is masculine. I will never forget sending my picture to one of the early astrology lists and having people flip out. Apparently they all thought I looked like a Mack truck and the picture I sent happened to be particularly demure so people were stunned and I was just as stunned in a hall of mirrors sort of way. How the hell can she look demure vs how the hell could people think I look like a Mack Truck?

So then comes the videos and what Avery just said, the soldier echoes. He watched them with me when I first started doing them but now avoids them like the plague and this is developed over time. At first he was merely jealous. But about a month ago he watched a couple with his friends and felt unnerved.

“It is like it is you but not you. It is almost you but not quite you and I can’t touch you or anything and I don’t like other people looking at you.”

That progressed to current – I played him a short one a couple weeks ago and he talked through the whole thing and averted his eyes.

“You don’t want to see that do you? You’re disturbed.”

He copped. He just doesn’t like the virtual Elsa. Or he likes her, she is just not me and this combined with the fact he thinks men watch them and… er, let’s just say he’s had enough video watching. He just doesn’t have the stomach for it and is just damned, DAMNED glad I don’t sing. But anyway, Avery, thanks for telling me that and here’s my question:

Are you aware that you project onto me?