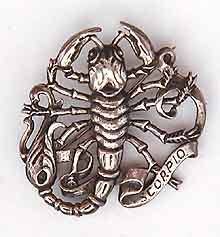 So here’s a Venus Saturn anecdote. My first husband has his Sun, Mercury, Mars, Neptune and the n node in Scorpio… and Venus in Capricorn and we were divorcing at my Saturn return. Now I initiated the divorce and sat down to break the news to old friend Leon and his wife who were our close friends. Though we lived at some distance we generally spent the weekends together, staying overnight one house of the other plus we traveled together constantly so everyone was very tight.

So I wrote my letter and was stunned when Leon (Moon, Venus, Mercury, Saturn in Scorpio) sent a scathing letter in return. It basically said, “How could you do this, you twit?” and reading the letter, I burst into tears. I was completely devastated and when my (soon to be) ex-husband came home and found me wrecked, he got pissed…and he stood up for me. There’s you’re Venus Saturn, see.

He wrote back to say he was shocked they’d sent this thing. He told them they did not know the whole story and that I was doing the right thing. He went to say I could really use some support, not this kind of diatribe from my friends and he would consider it a personal favor if they would get off my ass!

So this I mean about Venus Saturn being sturdy… and formidable. Can you imagine trying to argue with my ex on this? He slammed that gavel down and that was it. I never heard another peep.

skip to Integrity Around Love Money and Relationship

Mars in Scorpio Square The Moon In Aquarius