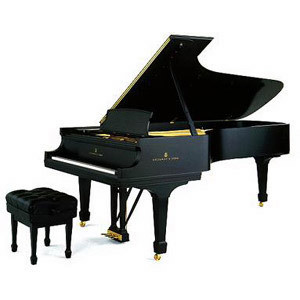 The Astrology Behind The Art…

Thanks everyone for the great comments on Scott’s essay regarding the Cellist Series. Since some astrologers showed up, I thought it might be interesting to talk about his chart, or at least of a piece of it.

Scott has Venus (art) conjunct Mars (sex, aggression) and Pluto (intensity). Now if you understand astrology, then you realize when planets are conjunct (placed close together in a chart) they do not operate independently. Ever.

So with this in mind, if you go back and read his post you can see how this manifests. In Scott’s reality, sex, anger and intensity are absolutely fused with his art. And I went back to some things he wrote in 2002 that also vividly illustrate this:

Here, he is talking about his playing in contrast to another pianist. A childhood rival, actually and it’s strangest thing.

I met my other biracial musician friend Ben when I was 22. I had already known Scott for 7 years by then. And as it turned out, Ben was friends with Scott’s rival! Good friends. As a matter of fact, Ben and this other pianist remained friends and played together for more than a decade…and of course Scott and I did same, lol.

But anyway, here’s his writing from back then (edited lightly). And if you read it with the astrology in mind, you can see how purely he expresses his energy. I am going to call the other pianist “Tom” which is a pseudonym.

Elsie, I don’t think “Tom” and I ever went to high school together. We would run into one another at piano competitions and stuff (he would never win when I was around) and he was a bit younger than me. However, I did hear that he had turned into a pretty fine pianist playing, among other things, all the Chopin etudes, which is quite an accomplishment. 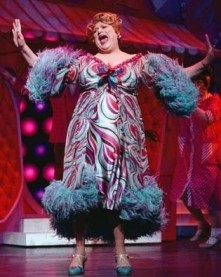 Tom was really in awe of a pianist who was actually, in some ways, better than me, and I’m not making this name up, “name omitted”. My dad used to call him “Farty”. Farty went from being a mediocre straight music student to the gayest queen this side of Harvey Fierstein and a fine pianist in the space of a year. It was really amazing. Farty was in college (older than me; I was just in high school) and Tom modeled himself on Farty after I had left.

I believe Tom always thought my playing was rather brutal and I always found Tom’s playing too lightweight and effeminate (as I did Farty’s). It was sort of the difference between masculine and feminine wrought bold in piano interpretation. But, I actually never heard Tom play as much as he heard me so he might have other ideas about the differences between us.

“I prefer the virile, over the flowery myself.”

And Scott wrote back:

I know you do. (Most women do and did). I always attracted women with my playing. The problem with Tom and Farty and others, is their playing is fine and beautiful and all that, but sometimes lacks definition, emphasis and power. In a large hall, this really comes across as a defect as they can’t be heard well up in the balcony. Me, on the other hand, nobody ever had to strain to hear; I was power all the way baby, with Chevrolet!

So there you go. Astrology alive.

And what about you? What kind of energy do you like in your art?