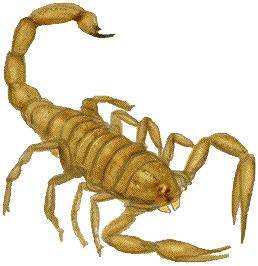 The female scorpion invites the male to her with the right vibes. Literally, she puts out oscillations that the male can detect with his tiny sensory hairs.

Reminds me of something a Scorpio once said to me as we locked eyes:

The male Scorpion having identified the female, grasps her claws in his and strokes her gently with his stinger. He pulls and pushes her looking for the spot. They lean in and rub their chelicerae, their mouth parts together. They appear to be kissing.

This dance, known as the promenade a deux can last 10 minutes to 2 days. It’s all about finding the right spot.

I have Venus in Scorpio and the two most significant relationships of my life were with males with Venus in Scorpio as well. The first one took nearly a year to bed down. The second… We did it before our first date.

For me, the female it’s about finding someone who can read me and connect with the feeling that I’m putting out there without words. For him, it’s about getting comfortable, finding the most suitable rock to place his spermatophore.

The first one, he was out of his element. He wasn’t from here. He was trying to fit into a college town as a continuing student. He was 11 years older than me. There was a gap, but I was tenacious. I had that annoying “Hey, recognized you from a past life, need to be with you now” thing going on that people with a lot of Scorpio planets like to do. So I hung around him and put out my vibes until he eventually dropped some of his defenses. I was in. We stayed together for about three years after that.

The second one just happened in the right time, at the right place. I had just moved back to town. We had a lot of the same friends. We met in a coffee shop and discovered we had a lot in common. There was an instant sense of comfort and ease. Click. It just happened. We went back to my place and did the dance.