With Venus in Leo (hair) in aspect to Neptune, I suffer beyond all imagination due my hair. I am confused by my hair, disabled by it – I could go on and on.

Now I am supposed to be making astrology videos but I just don’t want to have my hair (Leo) filmed (Neptune) because I imagine (Neptune) it looks bad. Now I am told by my lover (Venus) that my hair looks good, but he may be deceiving me (Neptune) or confused himself (Neptune). 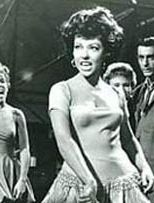 4 days ago, I thought my hair looked like Gilda Radner’s.

The next day, when I went to Back To School Night, I was convinced I looked like Rita Moreno in West Wide Story for which I thanked God (Neptune) for the delusion (Neptune). 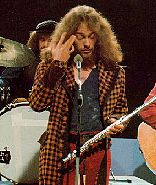 Last night, the soldier was watching a Youtube video of Jethro Tull which caused me to exclaim, “There! That’s what my hair looks like!”

Now obviously I am not going to film myself with what I believe is Jethro Tull hair (or Michael Brady of the Brady Bunch hair which I have also had before) but then I pull up these old videos and I don’t know what I am worried about because my hair looks like hell in half of them anyway! What was I thinking when I filmed them, hmm?

Don’t worry, I get the plot. My hair is irrelevant if only it was.