Venus with conjunct Pluto in Capricorn. This is one hard core deal.

Venus rules love and money.  Pluto is concerned with power, the shadow of the collective, sex, exchange of energy, death, the unconscious and all things unfathomable. Capricorn is concerned with status and security, reality, integrity and karma.  When you combine these things, you come up with some wicked combinations.

It’s not all negative but it is all serious.  For example, two (Venus) powerful (Pluto), authoritative (Saturn) people may agree to work together for mutual benefit.  This is good but it still intense because the individuals are radiating power as they make a commitment.  You can make millions under an aspect like this, it’s just going to call up all your skills.

On other fronts, relationships will also end under this aspect. In most cases this will be in both parties best interest.  For example if you’re ate up with a obsession over someone, you’re best off to gain control of it. In other cases, the police or a judge may be involved. The point here is that for many, love and money karma will come home.

Also, whenever Pluto and Venus mix it up, ex-lovers (I call them corpses) tend to show up and with the conjunction in Capricorn, this may be particularly burdensome.  They may come back to settle a debt and if you owe the money, or whatever it is they want, I’d pay it!  On the other hand, if you don’t owe the debt, you may have to defend (Capricorn) against a particularly venomous (Pluto) ex-love (Venus).  If this happens, expect to be bugged out (Pluto) and just learn all you can (Capricorn).

Last, this aspect is also potentially healing.  People who with some psychological sophistication, who do right by others are most likely to pull this off.

This conjunction takes place @ 6 Capricorn. If you have planets or angles of your chart between 2-10 Cardinal, you are sure to be personally affected but everyone is going to have awareness of this at some level.  Check the house in your chart where the conjunction falls for insight.

What do you know about Venus conjunct Pluto? 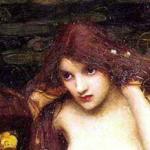 What To Expect From Venus Conjunct Pluto In Capricorn 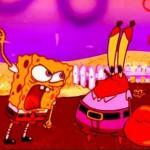 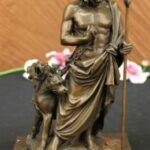 What Is The Upside To Venus Square Pluto?