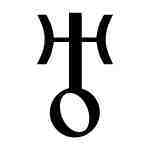 “If you’re not failing every now and again, it’s a sign you’re not doing anything very innovative.”
–Woody Allen

This morning a client in a new relationship asked, “I’ve been reading about “uranus square venus” transits. A lot of them have said that during these times it will begin a relationship but a lot of the times they will end when the transit is over. Does this always happen??” The client gave their permission to share part of my response here as it may help others who have the same concern.

Uranus is about liberation, innovation. In relation to Venus (and the 7th house) it often manifests as a need for space or distance. When one has it natally often the result is difficulty just sitting still with the energy of a relationship. There’s the need to constantly innovate one’s love life. You don’t have a natal Venus Uranus connection, but you do have a natal Mercury Uranus connection and you have the same effect with your communications. You are working on them.

So with Uranus beginning this transit to your descendant and your Venus you began this relationship. You began it while you’re innovating the way you handle relationships.

The reason people will lose relationships they acquired during a transit when the transit (of any kind) passes is because people change through transits. When Uranus moves out of your relationship area you’ll be more relaxed about this area of your life and move your innovative focus on to something else. Relationships break up when both individuals don’t roll with the punches and grow together. If someone becomes attached to you because of the excitement of the transitory energy then they will miss that energy when it moves on. If it is who you are that they are attached to, they will roll with it, move ahead and grow with you. If they’re not right for you, you’ll likely have innovated them right on out of your life!

Where is Uranus transiting your chart? What areas are YOU innovating?