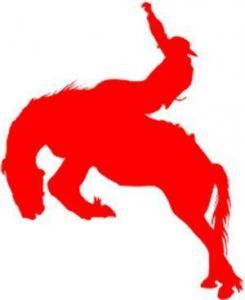 Uranus on the Angles: Ride the bucking bronco!

I’m 58 now, and have seen Uranus cross my 7th house cusp as well as my Midheaven. It’s about to cross my Ascendant, so I’ll let you know about that when it happens. I’m hoping I finally decide that I’ve done with the “being fat” experiment, and start hitting the gym again and shucking off some pounds.

Uranus is called the “Awakener” and tends to knock us out of our comfort zone into the next required phase of our personal evolution. I’ve mentioned before that I think Uranus is linked to pre-verbal, and pre-birth trauma. I think it can even go back as far as cellular memory, if you believe in past lives. My daughter, who has Venus in Aquarius in the 8th house, firmly believes that she has experienced horror with regard to losing loved ones in tragic accidents. It’s never happened in this lifetime, but she just has some sort of strong feeling about it. Uranian detachment can be a blessing in some ways, in that she doesn’t remember the horror, but it can serve to irritate the psyche in the most frustrating of ways. I mention “trauma” because Uranus has been known to completely uproot someone’s stability in very unexpected ways, leading to the kind of trauma that causes PTSD in some people.

But let’s start with some benign Uranus.

When Uranus crosses the 4th house cusp, and a solar return confirms it, it’s one of the surest signs that you’ll be moving house. A change is on the books for your bottom-line security issues, and sometimes this is a good thing, like the first time you leave home, for instance, and start out on your own. It can also mean that you lose a parent— but this is not a harbinger of death necessarily! You lose a parent, metaphorically, when you move out of your parents’ home and begin to parent yourself!

Uranus can be a “liberation” in every sense of the word, but if you’re a very fixed type of person, being liberated usually means you have to let go of something, and that can be difficult. At that point you get the negative side of the Uranian “lightning bolt”, which is usually an “unforeseen event” that catapults you into the next phase. Air and fire people seem to be the ones who love change, look forward to it and can embrace it wholeheartedly; earth and water—notsomuch, because we are creatures of comfort and routine, and Uranus flips the bird to “comfort” and farts in the face of “routine”.

Uranus on the 7th house cusp has driven more people to me for a consult than any other transit, I think! People think there is automatically going to be a divorce, but I have seen far more divorces under Pluto and Saturn transits than Uranus. Plus, again, the solar return really does have immense input when it comes to life-changing events like divorce. When Uranus crosses into the 7th, yes…. There are some changes needed, but if you have an open line of communication with your spouse, it’s more than half the battle. You may hear things from your partner such as “I’ve always wanted to (fill in the blank). This is your time to shout: “Let your freak flag fly!! Go for it, honey!” Uranus in the 7th is saying it’s time to experience who you are as an individual OUTSIDE of partnership. It does not mean the partnership will end, it just means that if you are tightly bound to your partner, you’re going to have to loosen the ties that bind. Air both yourselves out, come back with fresh perspectives and new appreciations of each other.

Uranus on the Midheaven was probably one of my most favorite transits. I moved to my current location, because I was in loooooove. Well, Neptune was traveling with Uranus back then. So I moved to Seattle and was instantly snatched up by a lawyer who thought I was the bomb as a paralegal. Easy-peasy!! However, the lead-up to the transit was not-so-fun because I was very attached (I thought) to where I lived then, and was very isolated. I had some miserable months before meeting my to-be husband and then, in an instant, the lightning struck and I “knew” I was outta there!

If you are in a dead-end job with no chance of expressing any of your creativity, Uranus on the midheaven might signal a restlessness that finally forces you to take some chances. Maybe you don’t quit your job, but you take up something that may eventually be a lead-in to a new career. I can’t understate the restlessness that an itchy Uranus causes. Anything that you’ve been “pretending” about with regard to your reputation or public persona may be hard to maintain… the truth may “out”.

So Midheaven/Nadir angles can both signal a change of life direction, inner and outer, and Ascendant/Descendant angles signal a change necessary in how you relate to others. I expect that the Ascendant transit is a “this is who I am, dammit” kind of transit, much like your partner expresses when Uranus crosses your Descendant. When crossing the Ascendant, if the truth outs itself about you, it will much more likely be YOU that is doing the outing rather than someone else doing it, as when it crosses the Midheaven. If you’re a closet astrologer, afraid to strike out on your own prior to a Uranus/Asc. transit, the crossing might just give you the bravery to announce yourself to the world.

I like to say that with Uranus, you can either be the lightning bolt or the lightning rod. Guess which one hurts less? One other thing that I’ve noticed is that Uranus has to be in almost EXACT orb for events to happen.

Which are you? Lightning bolt or rod?