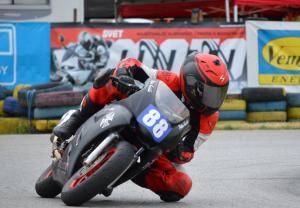 I’m under a Uranus transit, now. It’s quite terrifying. I’ve had numerous brushes with death for one thing.

I’ve never been more aware of how quickly a person can leave this plane. You love them and that’s too bad. They’re ripped from you so fast, your head spins.

I know death is a big joke to a lot of people. We’re conditioned to it. Bam! Shot to the head and gone. It’s all over the news. Or someone gets sick. By the time it dawns on you, the thing is real, you’re at their funeral.

And what about the survivors? They act like survivors. I don’t think anyone has put it better than, Paul Simon, in his song, Graceland:

I continue to have these close calls, over and over. Accidents.  This really can’t be ignored. I typed my husband’s name as beneficiary, today. I was well aware he may need to collect.

Lately, I tell people things, but I don’t think they hear me. This is in my personal life, not having to do with clients or people who read here. I would stop talking. People may want me to stop talking but there is something that haunts me.

I know a gal who lost a number of people in a streak.  In most of the cases, there were indications that their death was a possibility. People knew but they didn’t tell her. Consequently, when she found out, she was not only blindsided, she lost any opportunity of speaking to the person. She could not tell them how she felt about them, or whatever else she might have liked to do, had she known. This was an agony so I try to talk and tell people. I TRY.

As for the astrology, I have Uranus in the 7th, on the cusp of the 8th. Close enough to see it play in the 8th house. You can search the blog for evidence of this.

In whatever case, this is why I think my transit is playing out this way. That, and Uranus is (for the moment) square Pluto.  Sudden death.

Astrologer, Roderick Kidston, has died. He was phenomenally talented. He wrote the Asteroid Report I sell here. Check it out and you’ll see what I mean.

I can’t believe when these lights go out. I see some around me, dimming. I see others, due to pop off at any time. Meantime, I nearly get killed (in an accident) several times a week. I’d say it’s unpredictable, who goes first, wouldn’t you?

I remember that guy on Xanga (where I started blogging), years ago.  He put a gif of a man’s face in a fire. He died when his apartment building burned to the ground a few days later.  This stuff is weird.