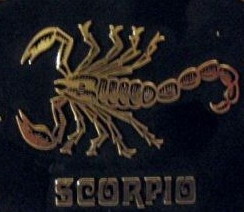 People have a broad variety of problems. I hear about then in a variety of ways.

Some people are in a crisis, but others are merely stuck.

I was talking to a client awhile back. He’d been trying and failing at something for two years. Two years!

“If you showed up at a pond, every day for two years and never caught a fish, would you continue to fish that pond..?”

I don’t know why people do this. It’s not because they’re stupid. In most cases, it just doesn’t occur to them that radical change may be the only answer. Hard core, experimentation!

Most people do come to a time when they truly have to recreate themselves. They’ve got to toss worn out believes about themselves or others. They have to lose 100 pounds. They’ve got to realize that whatever they’re doing doesn’t work, and hasn’t worked in years.

It’s not scary. It’s like walking ‘cross a room and turning on the light.

Uranus in aspect to Pluto will allow you to try new things. So many people wear worn out labels. Do you remember when it was cool to be a “bitch” or even a “flaming bitch” or “bitch on steroids”?  This sounds ridiculous today.

The Sun is conjunct Venus in Scorpio today.  What a great time to burn off the dross and rise from ashes.

When is the last time you changed your label, on any level?