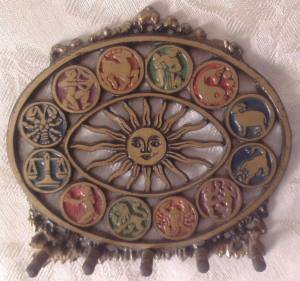 This Uranus Pluto square has been something for many people. I’m one of them!

When I went to orthopedic doctor for carpel tunnel type stuff, I never expected to be screened for cancer, sent to a neurologist, my MD, a radiologist and ultimately a rheumatologist…all within about three weeks.

As soon as I got my diagnosis and started treatment, I got an email from an attorney. I was using his client’s picture on the site, without permission or compensation. It was a demand for payment…very threatening.

I thought about it (for an hour). I searched around and decided that I didn’t have a leg to stand on. I also decided I should teach myself a lesson with this (rather than be taught one by a judge). I responded with an apology, no excuse, and I man an offer to settle.

My offer was accepted. I took this as a sign.

I’ve spent the last three weeks deleting thousands of images from this site. I have also been uploading pictures I do have the rights to, and tagging them properly.

You probably don’t know this, but google can now recognize photos and tag them for you. So if you have a copyrighted pic on your site, it is a matter of time before it’s discovered. Google for more info – it’s out there.

Anyway, after deleting all these photos, I had a mess on my hands. I’ve spend the last few weeks, cleaning it up, and I mean I’ve been spending eight hours a day on this, easy.

First, I have sped up the site, dramatically. I did this myself. I just decided to take things into my own hands, and learn something new.  I have focused particularly on making the site mobile-friendly. I do have Mars conjunct Mercury and I can’t stand waiting for something to load!

I’ve also gone back and fixed 80% of the old advice posts, which were corrupted when we changed the site over.  You were able to read the advice but not the question.  I will fix the rest of these in the next couple weeks.

I just wanted to fill people in. I will probably spend the rest of the year working on the back end of the site.  Taking charge of the hidden cesspool (Saturn in Scorpio), so the site will be on a firm foundation in the future (Saturn in Sagittarius).

One more thing…I’m using a new plugin that finds “related posts”.  It throws a much wider net then the old one did. It’s keeping things interesting around here.

I expect all this work to really start to pay off over the next few months.  I definitely like the 2015 Solar Return of this blog!

Health and blog aside, I am still fixing the house to sell, and coordinating repairs to windows and paint, damaged in a hail storm.  I have a new storm door for the front and new closet doors coming in this week…and then I’ll move on to the next thing!

While this has not been easy, it’s undeniable that all the changes are good. I am hurtling towards my future, basically. And I can see the grand design. Because check this…
If not for the rhematologist, there is no way I could have sat and typed and clicked for ten and sometimes twelve hours a day, and gotten all this done.  The pain would have been blinding.
I’m sure you can see what I see, doors are flying open, and you know me. I will put in the effort.