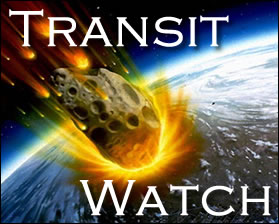 Uranus in Aries will square Pluto in Capricorn (exact), seven times between now and the end of March, 2015. Most astrologers agree this will be a tumultuous time of violent upheaval.

When Uranus is involved things happen unexpectedly. With Uranus in Aries, the unexpected comes quickly and when you combine this energy in hard aspect to Pluto which rules death and devastation, I’d say that war is almost a given as are natural disasters. As to where and when these things will take place – with Uranus involved, there is no telling. It’s unpredictable, right? So if you run into some know-it-all making predictions, remember to smirk.

As for dealing well with this energy, I am sure to write about it ad nauseum the way I do everything else but in a nutshell, you want to hone your instincts and be ready to act quickly.

The degrees notes above are in the Cardinal signs so if you have personal planets or angles of your chart near these degrees, you’re pretty much guaranteed to be very personally affected.

On the upside, this combination can bring fast healing. A person can also gain power in a blink of an eye. Just get used to the idea of deep change that seems to occur in the blink of an eye.

See what is coming up for all – Transit Watch