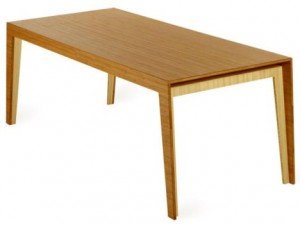 I have always been interested in the way things happen. I pay attention to patterns and watch stories unfold and tell themselves.

Some people have things in their life occur in a Neptune-type way. There may be a slow wasting, as opposed to a dramatic event. There is a leaking, weakening, eroding effect, like what happens to the body and soul of an alcoholic over time. This is distinctly different then the Uranus Pluto energy we’re going to be dealing with over the next few years.

Uranus + Pluto describes a sudden, unexpected wipe-out. A person who goes through something like this has a lot of energy around them which may be attractive, repulsive or both.  My husband has gone through periods like this (and has a Uranus Pluto contact in his chart). I was looking for words to describe this phenomena and asked him how he would characterize his experience.

He said that a table can fail. One of the legs might become wobbly and you can deal with it. In other cases, the leg might snap. In his life though, what happens is all four legs of the table explode. They’re blown to smithereens and the top of the table smashes to the ground.

As an example there was the time he lost everything in his life except for a computer. One day later, a tree fell on the room in someone’s house he had rented, smashing that computer. (pic)

I am prone to suffering devastating loss myself. It’s almost comical how much one person can go through while so many around them are unscathed, but with Uranus in hard aspect to Pluto into 2015, this kind of jarring trauma will hit the collective.

You won’t be able to rely on us lightning rod types to absorb the energy for you. Instead, we’re liable to emerge as leaders since we’ve essentially been inoculated against this kind of plague. It simply won’t effect us the way it will someone who has lived and insulated life and not had to deal with nor witness this level of trauma.

Have you ever suffered a total wipeout? Is there a Uranus Pluto exchange in your chart?