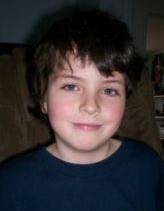 Venus is conjunct Uranus in Taurus. This is a good time to look around at what’s happening, to observe the effects of this transit.

I have Uranus in the 7th house, which is Venus Uranus exchange. I’m interested in this topic from any and all angles.

If you doubt me, check this out:

The Outsider Who Breaks Up Your Marriage

Venus in Aspect To Uranus – Love At First Sight

It’s this next post that’s prompted me to post today. I wrote it in 2016, when Venus was conjunct Uranus in Aries. I would expect the same conjunction in Taurus would show a progression. I think it does and I think the progression is well defined.

It’s about people breaking off from each other and from social media in general.  Today, the trend continues but now, MONEY, is involved. CASH. Taurus. Fortunes!

People simply don’t post personal things on social media like they used to. They spend less time on these sites and they take the trouble to sign out in an effort to thwart tracking.

People are also deleting apps from their phones as they become more aware, and spooked, by the profound invasion of privacy.

I can smell the desperation. Outside of email that relates to this site / my job, I would estimate that ninety percent of my email consists of social media sites sending me notices of all different kinds, focused on getting me to SIGN IN.  Well I won’t sign in, because it’s BORING.

There is a shift underway, in that people want real, earthy relationships (Taurus). Sure we can connect via the Internet when it makes sense to do so. But I think people want to simplify their lives at this point. The constant notifications which would be better described as ALERTS, has become annoying to Taurus… a bull who doesn’t really care for flies buzzing around.

The pic above is of my son, a Taurus. I’m guessing you can see the bull in him.  He’s really not into “cheap” and “flimsy”.

What are you seeing with Uranus in Taurus? What has value, now?